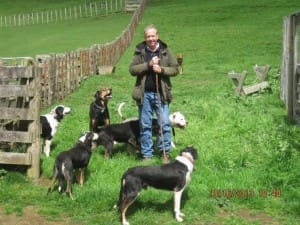 In the Meat Industry Excellence report ‘Red Meat Industry – Pathways to Long-term Sustainability’, Beef + Lamb New Zealand strongly suggested that the NZ sheep industry would continue to decline unless organisations like MIE can put a framework in place that will enable reform.

“This reform must involve a pervasive consumer focus, must bring about profound behavioural change on the part of all stakeholders and, ultimately, deliver tangible benefits to farmers and processors.

“It will involve structural change in terms of reduced processing capacity and revitalised balance sheets, and it will involve regulatory change too,” the MIE report said.

If current trends were not reversed, the closure of 13 sheep/ovine plants in NZ as recommended by consultancy GHD will not be enough, it said.

MIE said GHD estimated that based on the current rate of conversions of sheep and beef farms to dairy farming, ewe numbers could well reduce from 21 million today to 15 million in five years and 10 million in ten years.

“It will be hard, if not impossible, to maintain a scientifically based red meat industry in this dwindling circumstance,” the MIE report said.

The MIE study showed that the industry could currently kill its lamb and beef production more than twice over each year. The resulting competition for stock throughput meant that, for example, 50pc of sheep and cattle are transported beyond the nearest processing plant, more than doubling the cost-per-head of transporting stock. The processing over-capacity is costing farmers and processors a great deal, and distorting market behaviour to the detriment of export value, MIE said.

MIE consultants said while the nation’s beef herd also continued to decline, the surge in cull dairy cows had largely offset the total tonnage of annual beef exports and, despite clear over-capacity in the beef industry, the problem is at least for the time being, not in the rapid decline suffered by the sheep sector.

“However, this does not mean action is not required.

“On the contrary, over-capacity remains a major cause of reduced processor profitability. GHD has recommended that six beef/bovine plants be closed to remedy over-capacity,” the report said.

Industry is attractive to foreign investors

The MIE report said despite advances in technology and processing throughput elsewhere in the world, only AFFCO’s Wairoa plant now processes at a modern rate of 10 lamb per minute – an exception in the New Zealand meat processing industry.

“This is one of the compelling reasons why the industry must act.

“The lack of profitability and reinvestment across the majority of the processing sector has meant that the New Zealand industry is attractive to well-resourced overseas investors that have strong balance sheets and have already adopted latest processing technologies,” the MIE report said.

“These overseas food companies are setting the benchmark for ‘global best practice’.

“It is simply no longer good enough to be the best in New Zealand with ageing and redundant plant attempting to compete for land with the massively efficient dairy industry.”

MIE said red meat has to out-compete dairying for land by having a much greater focus on the final consumer and the value added opportunities of that food.

“It can do this because a significant proportion of red meat is sold directly to the final consumer.”

“Whilst a general slowing of dairy conversions can be expected in the short term due to a number of global macro factors, it is unrealistic to assume a rebuilding of the sheep flock as a consequence,” the report said.

“The ‘Titanic’ effect of the decline means it would take some time to turn the sheep industry around even when the measures MIE advocates are put in place.

“With all the information it has assembled, MIE is of the view that it is probable industry livestock numbers will level out at 15-16 million lambs before any sustained growth returns to the industry.”

A survey by the consultancy company Cinta quoted in the MIE report has shown more than three quarters (80 percent) of the NZ red meat producers surveyed supported restructuring the industry toward a co-operative structure. Almost 60pc believed that this structure would enable producers to gain a larger share of the value chain and thus increase their returns.

About 90pc of survey respondents believed that more of the supply chain needs to be captured by New Zealand farmers to remove the potential for the processing industry to be dominated by overseas corporates as it was in the 1970s.

“Failure to change increases the risk that industry assets will be acquired by overseas investors,” the MIE report said.

Millions of dollars to be saved with rationalisation

The MIE study indicated that savings of hundreds of millions, potentially billions of dollars could be made through industry rationalisation and consolidation.

The report extrapolates various savings estimates from industry rationalisation and consolidation. It shows that $444 million in gains is available over five years just from the two big meat co-ops Silver Fern Farms and Alliance Group getting together.

More than a billion dollars in savings could be realised from a rationalisation process that included the four largest companies agreeing to a co-ordinated and managed consolidation, (Silver Fern Farms, Alliance Group, ANZCO and AFFCO), the report said.

Sheep and beef returns too low and unsustainable 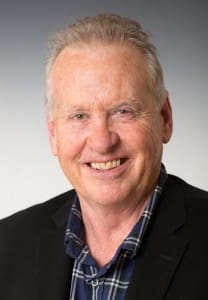 MIE chairman John McCarthy says the report highlights the gains possible if the industry can tackle its structural challenges co-operatively.

The report also found that here are hundreds of millions of dollars to be made if the two big meat co-ops alone get together.

Mr McCarthy said MIE’s focus is on returning more money to farmers so that the industry’s productive base stops shrinking and returns to growth.

“Returns to sheep and beef farmers are too low and not sustainable.

“If we don’t turn this around, New Zealand’s number two export industry will dwindle as its productive base erodes,” he said.

NZ sheep producers earn half what overseas farmers do

While New Zealand dairy farmers were the best paid in the world, Mr McCarthy said Kiwi sheep and beef farmers earn on average, around half what their overseas counterparts do.

“We want to make New Zealand red meat farmers amongst the best paid in the world so that our industry grows and thrives, and provide land use competition to dairy farming.

“A balanced land use portfolio is in the national interest,” he said.

“The export opportunities for New Zealand meat protein are enormous, but we are hamstrung by an inefficient and destructive industry model.”

The MIE study consultants made eight recommendations in support of industry rationalisation:

Mr McCarthy said it was important for farmers to have a robust, “warts and all” understanding of the sector, so they could engage with their co-operatives and other industry stakeholders to promote change.

“Farmers are the ones with most at stake, and it’s extremely tough for sheep and beef farmers at the current low levels of returns.

“But it also matters a great deal for the NZ economy that our second biggest export industry is in crisis and performing so poorly, when in fact the opportunities are so significant,” he said.

“The potential here is for another national champion to rival or even balance dairy exports, but this won’t happen without structural reform.”