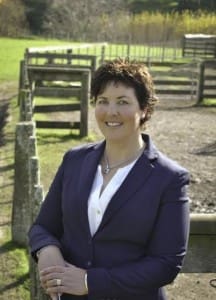 New Zealand’s sheep farmers have voted against an industry wide wool levy after a month-long referendum.

Preliminary results in the wool levy vote released today by NZ Wool Levy Group chair Sandra Faulkner showed that more than half the farmers who voted were against the introduction of a levy.

“Final votes are yet to be counted, as some voting envelopes are still in transit and will be processed until Wednesday, however it seems unlikely the outcome will change now,” she said.

In the ballot, NZ sheep farmers were asked to fund a new industry body by approving a levy of between two and five cents for each kilogram of greasy or slipe wool at the first point of sale. This equated to $4.6 million based on a three cent per kilogram levy for the 154,000 tonnes of wool produced in New Zealand each year. About 17,000 sheep farmers were eligible to vote.

A statement will be released on Wednesday midday with the official results of the voting, when released by Electionz.com.

Voting in the referendum for a new Wool Commodity Levy Order closed on October 10 after a month. Voting packs were sent to 12,201 sheep farmers.

“Our challenge was to ensure that wool growers understood the proposal to introduce a levy under the Commodities Levy Act and get a strong voter turnout,” Ms Faulkner said.

“We are delighted with voter turnout of around 47 pc – most commodity levy act votes struggle to get over 35 pc.

“Wool growers have certainly seen the importance of getting involved in this event – I can only reiterate my sincere thanks to all those who took the time to read the proposal, ask questions and vote.

“Growers have elected to operate in a purely commercial environment and there will be some disappointment that this continues to see our $700 million wool industry without an independent, internationally recognised, non-commercial voice,” Ms Faulkner said.

“However, the significant involvement in the conversation around this proposal and ultimately, in the future of our wool industry, from growers through to end use retailers, researchers and educators, across all wool types, has certainly been encouraging.”

The results indicate there is a greater appetite for levy funded activities among smaller sheep farmers than larger enterprises.