Sheep and beef farmer confidence dropped to the lowest recorded level since August 2017, according to respondents to a Beef + Lamb New Zealand survey.

UMR Research found less than half (46 percent) of the farmers surveyed were confident in the future of New Zealand’s sheep and beef industry compared to 58pc in May 2020.

About 15pc of the NZ farmers surveyed expressed low confidence in the industry, which compared to 6pc of those spoken to in the last quarter. 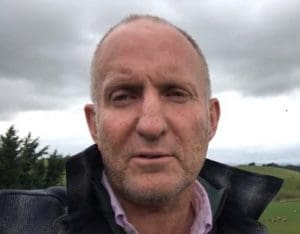 B+LNZ chairman Andrew Morrison said sheep and beef farmers are increasingly concerned at the speed and scale of government-led reforms.

“We are hearing that a key factor behind the fall in confidence is the government’s recent essential freshwater rules, but also concerns about the cumulative impact of law changes in the last couple of years such as the Zero Carbon Bill, and changes to the Emissions Trading Scheme that has led to a surge in the conversion of sheep and beef farms into carbon farms.”

Farmers are also worried about the potential impact of significant policies such as bio-diversity, which have been parked until early next year, he said. Other factors affecting confidence are the lingering impacts of drought across parts of the country and uncertainty in export markets as a result of COVID-19.

“Sheep and beef farmers recognise they have a role to play in improving their environmental performance, they have made significant gains in a range of areas in recent years and know there is more to do.

“But farmers are concerned the policy settings in areas such as freshwater and proposals on biodiversity are not workable or practical at a farm level, nor will they necessarily lead to better environmental outcomes,” Mr Morrison said.

“We want to work with the incoming government on improving the rules that have already being introduced and then focus on their implementation.”

Confidence among farmers surveyed was down in all regions except for the Northern North Island where it remained steady at 47pc (up 1pc).

Mr Morrison said as with the He Waka Eke Noa Primary Sector Climate Action Partnership, the incoming government must work with the industry to ensure policy settings are right, that the policies fit together and are delivered in a way that takes account of the capacity of those to act without compromising the primary sector’s key role in New Zealand’s economic recovery.

“For example, it is important that farm planning is driven from an industry perspective and it is vital any incoming government introduces mechanisms to limit carbon farming forestry offsetting, before too much damage is done to our rural communities and the long-term viability of our country.

“B+LNZ is a member of the Ministry for the Environment’s Freshwater Implementation Group and we will be exploring options to improve some of the new essential freshwater rules and to ensure the implementation of the rules are fair and just,” he said.

“We are also keen to see continued funding for practical on-the-ground environmental work such as support for farm plans, catchment communities, pest control, and native tree planting. We want to continue investing in environmental improvement in a way that lifts productivity gains.”

Farmers in regions such as Northland and the Eastern North Island are still suffering from the effects of the drought and significant feed shortages while farmers in Southland experienced prolonged wet weather, which reduced pasture covers and crop yields, says Mr Morrison.