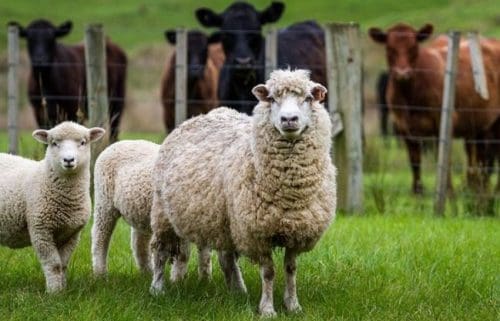 NEW South Wales research has highlighted a lack of support among the state’s sheep producers for livestock electronic traceability improvements, just as Australia is faced with a Foot and Mouth Disease outbreak in northern neighbour Indonesia.

The researchers found that 68.5 percent of 181 survey respondents did not support mandatory electronic EID on food safety, market access and disease outbreak grounds and 29.9pc did.

This is despite a traceability evaluation in March-July 2020 finding that visual NLIS sheep tags are performing below the National Traceability Performance Standards, with 70.08pc traceability in 30 days, versus 99.64pc for sheep with EID tags. National Traceability Performance Standards state that for all Foot and Mouth Disease-susceptible livestock species, within 24 hours of a relevant Chief Veterinary Officer being notified, it must be possible to determine the location(s) where a specified animal was resident during the previous 30 days. FMD-susceptible species include cattle, sheep, goats, and domesticated buffalo, deer, pigs, camels and camelids.

The traceability evaluation involved sheep from saleyard lines sourced in Victoria, New South Wales and South Australia sent direct to slaughter, and sheep that originated in Western Australia and Tasmania. Victoria is the only state that has mandated EID for sheep and goats, but NSW Farmers, Queensland’s AgForce and the Pastoralists and Graziers Association of WA, oppose the introduction of mandatory individual electronic identification of sheep and goats.

Mandating the individual digital/electronic identification of all livestock in Australia is a key recommendation among five supported by Sheep Producers of Australia and presented by SAFEMEAT to the National Biosecurity Committee in March 2020. The recommendations also include establishment of a regulatory or statutory entity responsible for managing Australian livestock traceability; investment into a database capable of handling all FMD susceptible livestock species; creating an equitable funding arrangement for the establishment and ongoing maintenance of the system and; a consultation Regulatory Impact Statement to fully assess the impact of the recommendations to provide a fully costed decision paper to AGMIN.

The Department of Agriculture Water and Environment and the Australian Meat Industry Council have acknowledged the importance of a strong livestock traceability system in maintaining key export markets, responding swiftly to animal disease outbreaks and providing food safety assurance. Two years ago, the department estimated the risk of an FMD outbreak in Australia was nine percent, and the nation’s chief veterinary officer Dr Mark Schipp has said the Indonesian outbreak’s proximity has at least doubled the risk of an FMD outbreak here.

The CSU research was commissioned by the NSW Department of Primary Industries to examine the barriers and drivers for the implementation of electronic individual identification (EID) for sheep and goats, to inform traceability improvements through the National Livestock Identification System.

Research leader CSU Professor Marta Hernandez-Jover said about a third of sheep producers surveyed were using EID ear tags for their sheep, mainly as a support tool for on-farm management and genetic improvement.

“The main reasons for not supporting EID as a mandatory system were the perceptions that the current system is efficient in relation to its ability to trace animals and ensure market access,  the additional costs associated with EID implementation, and the perceived limited benefits of EID.

“Those showing no support for EID consider the NLIS purposes to be of less importance than those producers supporting EID, especially those aspects related to on-farm management, but also to the key NLIS purposes, including public health, market access and outbreak management,” she said.

“This indicates there is a low understanding on the importance of the NLIS for the everyday operations for a farm and also for protecting the industries from the impacts of disease outbreaks and food safety risks.”

“Other motivational barriers are the perception that the current system is not a present or future problem for market access and the belief that EID is not effective in improving traceability,” Professor Hernandez-Jover said.

Professor Hernandez-Jover said survey results should be interpreted with caution as with any other survey, given the potential biases associated with these type of studies.

“The sample size of producers participating in the survey was sufficient to provide high confidence in the results obtained; however, the distribution methods of the survey could lead to selection bias in the results, if participants with a specific opinion on EID were more likely to participate,” she said.

“Despite the potential selection bias, the research team is confident that the perceptions of producers not supporting EID for NLIS are representative of this cohort of producers in NSW.”