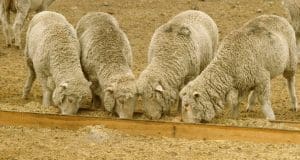 NSW drought subsidies to cover half of feed transportation costs.

Premier Gladys Berejiklian said farmers are facing one of the driest winters on record, resulting in failing crops, drastic water shortages and a diminishing supply of fodder to sustain livestock.

“We have listened to farmers throughout NSW who have told me they urgently need help.

“To date we have already committed $584 million in drought support, most of which is focused on preparation for drought conditions,” Ms Berejiklian said.

“However, conditions are now so dire that further support is needed to address the more immediate needs for farmers and their communities until the drought breaks.”

The major elements of the package are:

About 99 percent of the state is now in drought and deputy Premier and Minister for Regional NSW John Barilaro said this has quickly worsened because June and July were drier than expected, and farmers have been forced to source fodder from interstate as local supply has deteriorated.

The subsidies will be able to cover up to 50 percent of the full cost of transporting fodder, water for stock and livestock to pasture, slaughter or sale. The NSW Government will offer a transport subsidy of up to $20,000 per farm business. The relief measure will also be back-dated so farmers can access additional subsidies for freight expenses incurred since January 1, 2018.

Minister for Primary Industries Niall Blair reiterated his commitment to standing side by side with farmers during the worsening drought.

“We know many families are also having to bring in water for domestic use, which is why we have also set aside additional funding for this essential service.”

Package must be accessible – NSW Farmers

NSW Farmers’ president James Jackson has described the additional $500 million in support as ‘generous’, but has stressed the importance of the package being easily accessible to all farmers across the state battling drought.

“The expansion of the drought transport subsidies to cover a range of transport activities recognises that good animal welfare practice covers a variety of activities and requires long-term planning.

“The decision to provide back payments to 1 January recognises that planning for drought happens before the country is dry,” he said.

“It’s not only the big costs that affect farm business cash flow.

“It is the small, ongoing commitments that add up,” Mr Jackson said.

“The commitment to provide relief through deferring LLS rate payments, water licenses and agricultural vehicle registration will benefit local communities and contractors, not only farmers.

“NSW Farmers has been a strong advocate for the farm Innovation Fund. It has helped farmers to prepare for drought, through the cessation of interest payments on existing loans, as well as future loans, the government has recognised that there is only so much you can do to prepare,” he said.

“As farmers continue to make tough decisions, we call on the NSW Government to make it equitable and as easy as possible for them to access relief.”