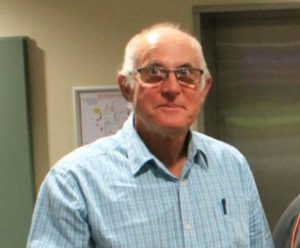 Some discussion threads emerging from the recent collapse of wool prices relative to cotton and the call for increased wool promotion are best exemplified through the impact on the sheep and wool industries of the central west plains.

First, some contextual background. The central west NSW plains – that area between the 400 mm and 500 mm rainfall isohyets west of the Newell Highway and bordered by the Lachlan River in the South and Castlereigh River in the north – has the most variable rainfall of any similar rainfall region anywhere in the world. The region’s grasslands have adapted to rainfall variability over millions of years and provide the base for one of the world’s most extraordinary bioregions …a case study in adaptability to rainfall variability. These grasslands support Australia’s – and by extension the world’s — largest regional sheep population.

Nothing exemplifies the region’s adaptation to rainfall variability better than the recent transformation from the utter devastation of the worst drought in memory to the best season in memory, with these grasslands supporting sheep-high crowfoot and trefoil in the space of less than six months.

The Merino reigns supreme on the grasslands

By a quirk of economics the nexus between wool and lamb prices and Merino sheep enterprise dynamics creates one of New South Wales’ agriculture’s great paradoxes. How can Merino sheep, the animal that caused so much grassland devastation, now be a keystone in grassland rehabilitation? This quirk of economics means that it is not only sensible to base a Merino sheep enterprise around native grasslands, but it is lucrative to do so. This paradox needs no explanation to the region’s professional Merino shepherds, except to say that relative wool price is the key economic component.

To further flesh out and provide insight into this paradox we need to consider some of the effects of rainfall variability. These include:

ABARES has found central west NSW to have the highest farm income variability of any of its Australian Agricultural Statistics regions. Generally, income variability increases with the proportion of the farm under crop. A letter to the Grazier newspaper (February 1883) by WH Suttor serves to illustrate the extraordinary rainfall variability of the central west plains: ‘The great plain is one of the great gambling tables of the world. Many fortunes have been won and lost on it. One man begins the game with tens of thousands of pounds in his pocket and in a few years retires, by courtesy of the bank, with nothing more to call his own than the clothes he stands up in. Another, with very little capital, tries his luck on the same property, and in a few years sells out with a large fortune to his credit. And so the game goes on. Feast or famine, fortune or beggary, is the general rule.’

Scale not only results in higher capital intensity and high overheads such as labour, which serve to increase income variability and risk of loss, but also increases managerial complexity under seasonal variability. The result is a near absence of corporate and large-scale enterprises away from the river valleys.

The high prevalence of drought, floods, plagues and bushfires results in high reliance on social structures. The central west plains have about twenty towns and villages that are focal points for sporting and social activities. These villages are the service centres for the farm businesses in the region. Most sheep are shorn by suburban (local) shearing teams. Shearers, miners, farmers, teachers, nurses, shopkeepers etc are all equal on the sporting fields of these towns and villages.

Agricultural and environmental research is especially difficult given ‘noise’ from rainfall variability. With the possible exception of Sheep CRC breeding research, the current research funding model where three to five years is considered long-term results in nearly meaningless research results when Mother Nature operates on a 30 to 50-year time scale. Consequently there has been a forty-year paucity of meaningful research applicable to the central west plains. This is despite the region having two of Australia’s once pre-eminent agricultural research centres at Trangie and Condobolin. Agriculture on the central west plains must claw its way forward on a combination of experiential knowledge and adaptive management supported by high social cohesion.

There are about 250 different types of wool. At any – one shearing a central west plains Merino wool clip can contain about seven different types, but over a 10-year period these clips could have thirty different wool types. It is almost impossible for any single grower or indeed region to reliably supply a wool value chain with a least-cost mix of wool types for a specified yarn. It is a similar story with lamb, although lamb lot-feeding is being used to reduce product variability. In order to guarantee a consistent supply of a specified product the wool and lamb industries operate on the ‘big paddock theory’ – diversification across geographic areas is needed to ensure reliable supply of a specified product.

These effects of rainfall variability have in no small measure resulted in the unique and sophisticated sheep industries that are the hallmark of the central west plains. For example, these plains are home to the big name powerhouse studs, ‘Haddon Rig’ and ‘Egelabra’ at Warren, the ‘Centre Plus’ co-operative ‘scientific’ ram breeding juggernaut at Tullmore and the ‘Darriwell’ show ring supremo at Trundle among many others. These studs cater to the individual needs of the regions very sophisticated and demanding commercial sheep breeders.

In the late 1960s, wool was in crisis. Production was at record levels in response to record prices (a pound a pound or $15/ kg greasy in today’s dollars) from the Korean War induced demand but demand for wool disintegrated after the war with the challenge from new synthetic fibres. Consumers viewed wool as ‘stodgy’, prickly and hard to maintain. Then AWC chairman Sir William Gunn went to the government with a radical five-year plan to revive the industry, which was still one of Australia’s main export income earner. The plan included a massive marketing and research and development spend (about $400 m per year in today’s dollars – AWI budget is about $100m), a floor price for wool of 30 cents per kilo (about $2 in today’s dollars) and the creation of wool stockpile to underpin trade confidence to buy wool …. and it worked. The plan saw the creation of the ‘Woolmark’ logo and a huge new product research and development effort, which saw the development, among many other new product innovations, of ‘Sirospun’.

Sirospun enabled ever lighter wool apparels, which were the foundation of the ‘Cool Wool’ promotion program. By the early 1970s, wool prices recovered to about $1 per kg greasy or about $7 in today’s dollars. The wool stockpile, which consisted of mostly fine spinners wool types, was sold off at a considerable profit.

So successful was this approach that the ‘bread and butter’ medium strong Merino wools (23 micron) of the 1960s are not in sufficient quantity to even quote in today’s market. In fact, the wool trade has difficulty sourcing these wools for the bulkier wool knit garments. Perhaps there is an opportunity there. By the late 1970s the ‘Woolmark’ logo was one of the best-recognised marketing symbols in the world; right up there with Coca Cola and the Mercedes Benz three-pointed star.

AWC had a constant stream of visitors representing agricultural marketing bodies from all over the world wanting to emulate the success of the Australian wool industry model. Among those visitors was the Australian Meat and Livestock Corporation which was having big problems with the demand for lamb.

So with this cursory background framework to provide perspective, let’s look at a couple of the discussion threads emerging around wool’s current dilemma.

Firstly, wool is better to pursue individual value channels rather than an industry approach. The New Zealand ‘Ice Breaker’ brand wool value adding channel is often quoted as an example of this approach. Secondly, some say AWI is ineffective and should be starved of funds and eventually disbanded. The response to these can be summarised in one word … scale. The wool industry today is a very small industry. About one third the size it was only thirty years ago and about one twentieth the size of its once rival as Australia’s number one export income earner, BHP. In product market competitiveness terms scale is important. In both marketing and research and development results depend on pure weight of spend. In both of these areas an industry spend is likely to be more effective than a fragmented spend from individual product market value adding channels.

Why throw the baby out with the bath water?

The wool industry marketing spend, which includes new product development, and promotional and advertising activities, is far more effective in influencing farm level profitability than either farm level research and development (under the current funding model) or an individual competitive multi-channel value adding approach. The current AWI promotional spend ($45 m) is probably inadequate to support price levels of twelve month ago. However, it is likely that AWI still maintains a culture of marketing excellence and depth of wool marketing expertise. Why throw the baby out with the bath water?