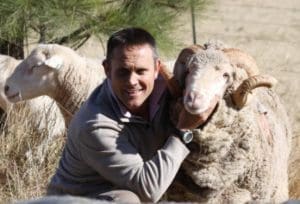 The analysis showed that gross margins for Merino fine wool enterprises have risen by 55 percent since 2016 to generate $554 per hectare.

NSW Department of Primary Industries sheep development officer, Geoff Casburn, said the story was positive for sheep across the board, with a wether enterprise proving a real winner.

“If producers stuck with wool and profited from strong genetic gains by using Australian Sheep Breeding Values to select rams, which increased the volume of wool cuts while maintaining or reducing micron, they further boosted gross margins.

“Compared with average results, producers who took advantage of genetic advances to lift the value of wool cuts by 15 per cent could expect to see returns of $81.29 per DSE for 18 micron wethers or a total of $812 per hectare,” he said.

“When we applied the same market sensitivity to 18 micron ewes, a 15 per cent increase on average returns saw the enterprise delivering $65.02 per DSE or $650 per hectare.”

Both wool and meat prices were high in 2017, with many sheep enterprises generating similar levels of total income per DSE and across a nine-year average there was very little difference between enterprises.

“The highest costs per DSE were found in 20 micron ewes joined with terminal rams, due to the higher replacement ewe and fodder costs,” he said.

Full analysis of the gross margin outputs for 10 typical sheep enterprises is available online at https://www.dpi.nsw.gov.au/agriculture/budgets/livestock