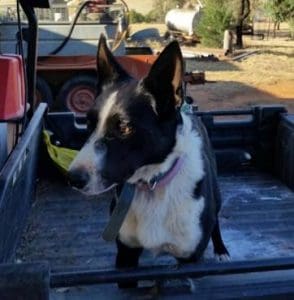 One of the stolen NSW dogs.

WORKING dog owners in rural areas have been advised to improve farm security and dog identification systems after the recent thefts of several Kelpie and Kelpie crosses in New South Wales.

Just weeks before Kelpies sold for record prices at the 2018 Casterton Working Dog Auction in Victoria at the weekend, where two dogs sold for $16,500 and $22,200, Goulburn police began investigating the theft of seven working dogs in the eastern NSW region.

Detective Senior Constable Mick Calleja at Goulburn Police Station said five dogs were stolen from two rural properties in Taralga in late May and early June and another two dogs were taken from a rural business in Goulburn in mid-May. 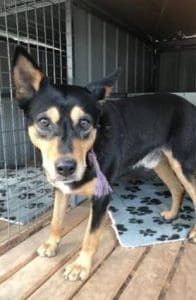 This dog has been stolen in NSW.

“Have dogs micro chipped and if valuable tattooed,” he said.

He also advised dog owners to put tags on their dogs with the owner’s telephone numbers and the name of the dog. Businesses and farming properties can also be covered with CCTV camera and sensor lights on farm sheds.

“As you said, good working dogs and bloodlines can fetch good money.

“Any commodity that is worth money can be attractive to thieves wanting to make a quick buck.”

Police from The Hume Police District are alerting dog owners in the area to be mindful of securing their working dogs after the thefts. 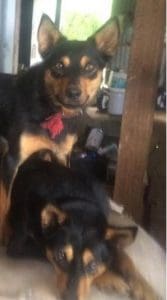 Two of the black and tan Kelpies stolen in NSW.

If anyone knows the whereabouts of these animals or can assist with this investigation, please contact Rural Crime Investigation Detective Senior Constable Mick Calleja at Goulburn Police Station on 02 4824 0799 or alternatively Crime Stoppers on 1800 333 000 if you wish to remain anonymous.