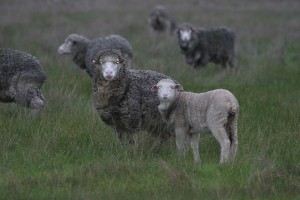 CLIMATE change research has indicated how central New South Wales livestock producers might need to adapt to weather scenarios out to 2030.

NSW’s Department of Primary Industries will also soon release similar results from modelling done for other regions across the state.

The research modelling indicates producers in the Goolgowi and Condoblin areas might need to adapt to climate change by using genetics for early lamb growth to counter decreasing annual pasture dry matter production and seasonality changes.

“Three future climate scenarios for 2030 were compared with baseline data from 1957 to 2012 to deliver objective assessments of potential impacts and a limited number of adaptation options,” Mr Cashen said.

“For instance, results from our Goolgowi and Condobolin sites suggested that potentially negative production, natural resource management and economic impacts could be offset by careful assessment of sowing triggers to avoid putting in crops during very dry years and adopting improved animal genetics to increase lamb turn-off rates.

“Improvements in livestock production came from projected increases in ewe body weight and condition scores, a growth in the number of weaned lambs with better average condition scores, and a slight decrease in the need for feed supplements.”

With the variable climate in southern NSW predicted to become warmer and potentially drier in coming decades, Mr Cashen said this work provides a useful platform to engage producers in developing effective adaptations to increase their resilience to climate stresses.

“Further work is required in using GCMs to predict realistic outcomes and provide information farmers can use to develop their own strategies to enhance production and profitability into the future,” he said.

Mr Cashen similar modelling has been completed for mixed farming in the Murray Valley and the Riverina, with work in other areas being finalised in the next 6-8 months.

“We’ve done a number of farms west of Hay and east of Wagga as well.

“We are in the process of broadening it further to include irrigation and more complicated economics, taking it beyond gross margins to particularly cashflow and balance sheet analysis,” he said.

Producers and advisers can review a short summary of the findings online at http://www.dpi.nsw.gov.au/agriculture/resources/climate-and-weather/research/southern-mixed-farming-options

The climate adaptation project research was funded through NSW Local Land Services under Natural Resource Management Planning for Climate Change. Maintaining long-term productivity growth in the agricultural sector is a major priority for the NSW Government.