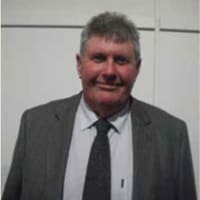 He said although changes to the flock book rules and the constitution have been unanimously approved by all state delegates at AASMB council meeting on three occasions, “they (the NSW and WA delegates) then go back to their respective states and I believe, without any consultation with their committees, they then reject it.”

“The national body needs to have national oversight of the flock book and that’s what the major disruption is about,” he said.

“We need to have oversight over that so we can ensure minimum standards and level playing field for everybody, so everybody is on the same page.

“We’re not just here for the major states with the most studs.”

Mr Wilson said a lot of work had gone into keeping the AASMB’s state members together, including a face-to-face AASMB council meeting in Adelaide last year at which there was unanimous agreement on the changes.

“AASMB haven’t removed them or done anything untoward.

“We have been reinventing the wheel so to speak, updating the constitution and the flock book rules over the last couple of years and all the states have been involved it that,” he said.

“And then New South Wales go back and supposedly take it to their committee, but that hasn’t been happening, and then they reject the new rules,” Mr Wilson said.

“All we are doing is keeping up with technology so to speak, and at every opportunity they have balked because it doesn’t suit them for the most part,” he said.

Mr Wilson said he believed the NSW and WA associations were not interested in Australia’s Merino breeders having one national voice.

“Their current hierarchies have been very dedicated to splitting the management at an Australian level, so I’m happy enough to see them walk at the moment.”

“We still represent four states and four states are very happy with the situation as it stands at the moment.

“It just comes down to a personnel thing at the moment.

“We are very disappointed that those respective state associations’ managements made the decision to remove themselves,” he said.

“This was done, I believe, without prior consultation with the majority of their membership.

“Right up to D-day (December 31) we were getting phone calls from a few representatives from both states who had no idea what was going or why,” he said.

“They’ve done it before and came back.”

Mr Wilson believed the situation would not change under the current NSW and WA association leadership.

“But somewhere down the track I expect a little bit of sensibility to come back into the game.

“I’m hoping down the track that AASMB can move forward and we can unite the industry again,” he said.

NSW Stud Merino Breeders Association president Drew Chapman said there were “still things happening behind the scenes,” but he refused to discuss the body’s issues with AASMB.

“I think that is internal business, that’s not for discussion.”