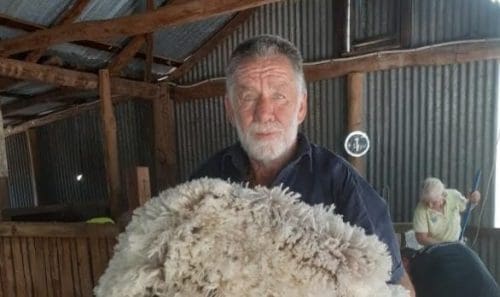 A GROWER call for a designated non-mulesed wool sale in late March has been denied by the Australian Wool Exchange’s National Auction Selling Committee.

However, non-mulesed wool grower Paul Favaloro said four brokers have indicated they will offer possibly more than 300 bales of NM wool from separate sections in their auction catalogues in the Week 40 auctions in Melbourne and Sydney.

Mr Favaloro hoped the listing of the NM wool by the four brokers in the one week would limit the backlash from any mulesing wool growers critical of the sale of NM wool listed in separate catalogue sections.

“Hopefully, it will just become the norm,” he said.

“My objective was to try to help brokers not be discriminated against.

“The mulesing sector is discriminating against the non-mulesed and they’re holding the brokers over a barrel.”

Sheep Central has been told brokers who had previously offered non-mulesed wool in special sales or listed NM wool in separate catalogue sections have been criticised by mulesing growers or lost clips to other brokers. Week 40 on the AWEX auction schedule begins on March 29.

In mid-February, Mr Favaloro told AWEX that having an industry-recognised designated non-mulesed wool sale in Week 40 would provide added security for brokers involved against any potential loss of grower clientele from those who did not agree with the non-mulesed concept.

He believed if NM wool was sold in separate catalogue sections it would make any price premiums above mulesed wool prices more visible, encouraging greater uptake of NM wool production and National Wool Declaration use. Mr Favaloro also suggested NM designated sales would allow growers, brokers and buyers to showcase non-mulesed wool, “proving to consumers that the wool industry is serious about their concerns for animals and the environment.” He believed AWEX approval for a designated sale could set a progressive precedent for the Australian wool industry.

In late February, AWEX National Auction Selling Committee secretary David Cother wrote to Mr Favaloro and told him the committee decided at its 19 February meeting not to implement a designated NM sale.

The National Auction Selling Committee was established by AWEX in 2004 to administer the conduct of auction sales on behalf of auction sellers and buyers. The committee has an independent chairman and eight elected representatives — four buyers and four sellers — elected by auction buyers and sellers for a three-year term. AWEX provides all administrative and secretarial support functions to NASC.

“Designated NM sales in themselves are unlikely to increase the level of awareness or demand in these sectors,” he said.

Mr Cother said regardless of lot number, NM wool is easily accessed and identified in printed and electronic auction catalogues via the mulesing status field against each lot.

He said most buyers have sophisticated buying systems that allow them to download electronic catalogues into their databases and select/identify lots pre-sale appropriate for their orders.

“Given the selection abilities referred to in the previous paragraph, neither broker or buyer representatives on the committee believed it was necessary or economic to group, list, or display NM lots together as an industry lotting rule.”

Mr Cother said the current designated sale types on the Australian wool selling program — Australian Superfine (AS) and Tasmanian Feature (T) sales — are legacies of sales in the Newcastle and Launceston selling centres, which no longer operate.

“In both cases, the level of aggregation has diminished over time as growers choose to spread their selling over other sales, taking advantage of accessing the market at a time of their choosing.”

Mr Cother said buyers have expressed a preference for NM wool to be spread over a longer time frame rather than ‘lumpy’ offerings.

“Aggregation can lead to funding pressure and misleading price signals.”

Mr Cother said most pre-sale selection and post-sale market reports identify the quantities of NM wool on offer, along with other technical characteristics.

“Premium and Discount reporting on characteristics is based on sustainable price signals based on regular supply and demand.

“Price signals from individual sales may not be reliable indicators,” he said.

Mr Cother said while open cry auction sales may not be designated as NM, this does not preclude any broker from offering an auction catalogue with aggregated NM quantities as a commercial marketing initiative.

“NASC imposes no restrictions on individual brokers in terms of the type of wool they catalogue for any given sale.”

“I know the information is out there, you can pay your $3000 and get AWEX to send it to you, but what grower can afford that?”

“If AWEX is trying to do the right thing by the producer, they should be making it (the information) freely available.”