No RSPCA Approved Farming Scheme for sheep, but….. 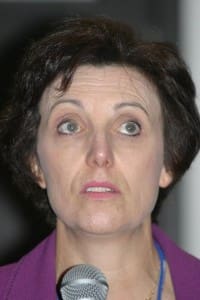 The RSPCA has no plans to extend its Approved Farming Scheme to sheep or beef, but producers can still tap into consumer demand for humanely-farmed food by adopting certain practices.

RSPCA communications and campaigns manager Elise Meakin said the organisation has had many expressions of interest from beef cattle and sheep producers wanting to join the Approved Farming Scheme.

But she said the extensive nature of these industries means that at present the RSPCA did not have the resources to adequately monitor compliance.

“For sheep and cattle producers there is an opportunity to tap into the growing consumer demand for more humanely farmed food.

“Those in a position to demonstrate low-stress handling, husbandry and management practices – including adequate access to feed and water, shelter, use of pain relief and alternatives to painful procedures – that make a real difference to the welfare of cattle and sheep on farm, will be on the front foot while others that allow poor practices to continue will be left behind,” Ms Meakin said.

The RSPCA recently reported that its Approved Farming Scheme for the chicken, turkey, and pig meat industries had delivered a better quality of life for more than 220 million farm animals.

The RSPCA’s Approved Farming Scheme is underpinned by robust, science-based animal welfare standards and a rigorous on-farm assessment process that address both the physical and behavioural needs of animals.

“We’re incredibly proud of the positive impact the scheme and its many dedicated producers have made to the welfare of some of Australia’s most intensively farmed animals,” RSPCA Australia CEO Heather Neil said.

“Community concern for animal welfare is driving the demand for higher welfare products.

“At the same time, our standards provide a starting point for industry, retail and government to develop animal welfare policies that will result in truly meaningful improvements to the lives of the millions of farm animals across Australia.”