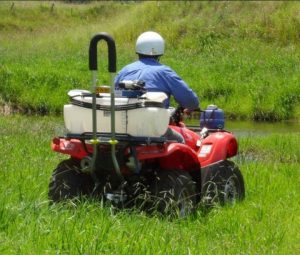 The NFF has welcomed a commitment to act on quad bike safety.

A COMMITMENT to fast-track a five-star safety rating system for quad bikes from Australian and New Zealand ministers has been welcomed by the National Farmers’ Federation.

At a meeting in Melbourne last week, consumer affairs ministers from across Australia and New Zealand agreed to “expedite the regulatory impact assessment processes needed to introduce the rating system and associated safety standards”.

“Quad bike incidents are the leading cause of accidental death on Australian farms.

“Tragically, both adults and children are all too often killed or seriously injured from quad bikes.

“The NFF supports sensible measures to improve quad bike safety and to reduce the number of fatalities caused by the popular piece of farm equipment.”

Ms Simson said while a five-star safety system may be complex to develop, the NFF believed it would remind farmers that safety must be a key factor in their quad bike purchasing decisions.

“We want consumers to make informed choices and to be aware of the relative risk each vehicle poses.

“It would also provide manufacturers with a commercial reason to build safety into their product.”

Ms Simson congratulated the Ministers on their commitment and said it was now important to get the support of manufacturers.

“Until now, despite the self-evident merits of safety rating systems, there has been significant push back from quad bike manufacturers.

“In some instances, manufacturers are promoting specious ‘five star safe user guides’ which are designed to confuse the consumer into thinking safety is just a matter of behaviour rather than scientific evidence and design.”

Ms Simson said the NFF looked forward to continuing to work with governments and manufacturers to see a quad bike five-star safety rating become a reality.