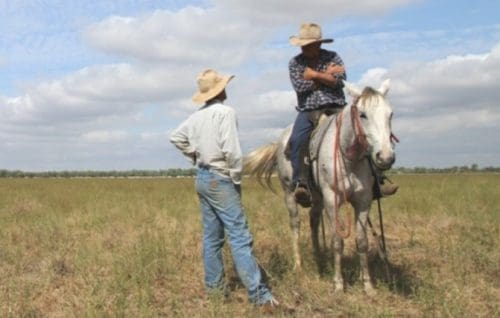 AN ABARES farm labour survey report that said dairy and broadacre farms reported significantly more difficulty recruiting workers than vegetable, fruit and nut farms in 2018 has been slated by the National Farmers Federation.

However, the NFF has said the quantitative ABARES report doesn’t match farmers’ lived experience and fails to provide appropriate or current evidence that will help fix agricultural labour shortages.

The report suggests of the 20,000 advertised positions, the survey found only 700, or 3.5% went unfilled. By industry, 14% of vegetable growers and 18% of both fruit and nut growers said they had difficulty recruiting workers. Broadacre and dairy were found to have the most pronounced workforce challenges.

NFF chief executive officer Tony Mahar said: “Strangely, this is almost the exact opposite of what NFF members report the situation to be.”

“We have strong reservations about the report as we know the farm labour shortage is most severe in horticulture and while it is still a serious problem, it is less so in the dairy and broadacre sectors.

“The survey doesn’t align with what farmers are saying, did not cover many of the main fruit growing regions and instead focussed on fruit growing in the Murray Darling Basin,” he said.

“We are concerned that the findings are unhelpful in providing up-to-date data and positive steps that can be taken to deliver policies and initiatives to widen the farm workforce pool.

“Currently agriculture’s workforce deficit is one of the largest constraints to our sector’s productivity growth and we need solutions for agriculture to reach its potential of being a $100 billion industry by 2030.”

“A 2019 report commissioned by growers lead by VegetablesWA and developed by Dr Joanna Howe of the University of Adelaide found that 40pc of vegetable growers had been unable to fill vacancies over a five year period and 22pc said they experienced difficulties attracting workers “almost all of the time”.

“Alarmingly, Dr Howe confirmed the stark reality that some growers feel they are forced to rely upon ‘undocumented’ migrants who work and remain in Australia, in breach of their visa conditions and to engage in practices which do not comply with Australian labour standards.”

The NFF said 20pc of those surveyed estimated losses exceeding $50,000 (and up to more than $2 million) per annum and 30pc of farmers said a shortfall in labour supply was their principle labour concern for the next 12 months (second only to labour costs, at 33pc).

Research carried out by the Victorian Farmers Federation found 67pc of growers in the Sunraysia fruit and vegetable growing region required additional workers.

Mr Mahar said the NFF understood the difficulty of accurately assessing the extent to which farmers, particularly those in intensive industries, had challenges filling jobs.

“The figures are clouded by the mobility of workers, fluctuations between peak and non-peak labour needs, reliance on contractors and labour hire and the prevalence of undocumented workers.

“We also recognise that there is significant difficulties in making generalised findings which cover all farms irrespective of factors such as size, crop, location and turnover,” he said.

“To arrive at a complete picture of agriculture’s labour challenges, statistics need to be combined with the unique complexities of actual accounts from farmers.”

Mr Mahar said the ABARES data relating to the broadacre and dairy industries is consistent with the NFF’s understanding.

“For example that the workforce of these industries is smaller and made up largely of family and local workers.

“We also concur that farmers have most difficulty filling skilled roles,” he said.

Mr Mahar said the NFF had been optimistic that the ABARES’ survey would provide the much needed insights into the on-the-ground experience experienced by farmers.

“Despite the findings by ABARES, we remain firmly of the view that there is a problem.

“We continue to call for the government to help agriculture lead its own thorough, well-resourced workforce study that addresses the sector-by-sector, region-by-region, seasonal complexities to deliver a true understanding of farmers’ labour challenges,” Mr Mahar said.

Australia’s reliance on family farming and local workers has been highlighted in the ABARES farm worker survey.

The survey found locals were the most commonly employed workers on farms with backpackers dominating the overseas cohort.

The survey found that most of the farms that anticipated few major workforce issues generally recruited relatively few workers and mainly relied on family labour.

Farmers’ expectations of how their farm production and business practices might change in the future affected their perceived workforce needs, the survey found.

The majority of farms reported not intending to change their production system or scale over the next 5 years. Nevertheless, on average, these farms expected to reduce their workforce. Vegetable, cotton, dairy and broadacre farmers not expecting to change their business activity expect a 3-5 percent reduction in the number of workers on farm.

Mr Gooday said the dependence on workers living nearby highlights the importance of a pool of local workers to agricultural industries and may reflect limited mobility in the Australian agricultural workforce.

Horticultural farms reported the most use of workers on a visa to help meet seasonal needs.

Unsurprisingly, most of these visa holders were backpackers on working holiday maker visas, with relatively few farms accessing workers through the Seasonal Worker Program.

The survey found that rates of recruitment were relatively low for agriculture compared to the rest of the economy.

Low rates in part reflected the dominance of family labour reducing the need to recruit, particularly on dairy and broadacre farms.

Farmers surveyed generally filled their vacancies, and recruitment difficulties were similar or less common than businesses across the rest of the economy.

“These farms have a smaller pool of local labour to draw on and some backpackers may be less willing to travel to work,” he said.

He also pointed out that vegetable farms near cities had more difficultly recruiting workers.

“They may face greater competition for workers and they can’t offer work qualifying backpackers for a visa extension,” Mr Gooday said.

“This issue is not unique to agriculture and highlights the importance of access to agricultural training and the need to offer competitive wages and conditions.”