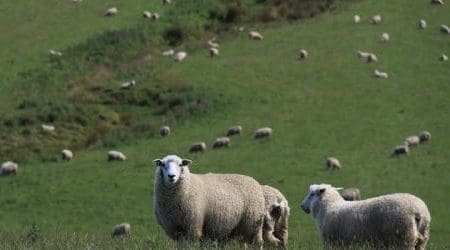 NEW Zealand sheep farmers have voted to retain and increase the levy they pay to their industry body, Beef + Lamb NZ.

Farmers have voted have overwhelmingly to support the continuation of the sheep meat and beef levies, and to increase the sheep meat levy from 1 October 2021.

The declaration of result from independent Returning Officer Warwick Lampp of Electionz.com showed 89.8 percent of farmers voted in favour of the sheep meat levy on a one farmer-one vote basis, with support of 92pc on a weighted stock unit basis.

It also showed 88.1 percent of farmers voted in support of the beef levy on a one farmer, one vote basis, with support of 89.4 percent on a weighted stock unit basis.

Beef + Lamb NZ said 34.9pc of farmers on the electoral roll voted. This equated to 5295 participants and by livestock represents:

“Now more than ever, farmers need a strong voice representing their interests domestically and internationally, positioning our product with consumers, and providing them with the support they need on-farm to run more sustainable and profitable businesses.”

“We’re very pleased with the result particularly given the amount of farmer concern out there about the wave of regulation coming at them,” he said.

“I’d like to thank everyone who had their say and for giving us a mandate.

“The result validates what we’re doing, and it was heartening to hear from farmers during our recent roadshow that there’s a lot they like – especially around our farming excellence work and programmes such as Taste Pure Nature.”

“But we also heard loud and clear from them that there’s a lot of frustration out there about the scale and pace of regulatory change and they want us to fight as hard as we can on their behalf, working more closely with Federated Farmers and DairyNZ in responding to this.

“I can assure farmers we are taking this on board.”

Mr Morrison said the result on the sheep meat levy increase was encouraging.

“We’re pleased that farmers have taken the information on board and seen why we need this increase.”

Morrison said he had informed Agriculture Minister Damien O’Connor of the result and B+LNZ would be applying to the Minister for new levy orders that would run for six years from when the new levy order becomes effective.