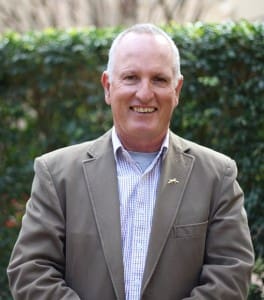 Mr Shannon made the comment today with the release of a new plan aimed at future-proofing the profitability of southern Australia’s sheep and grass-fed cattle producers.

It is the result of a new regional consultation model which enables grassroots producers to have direct input into where their R&D levies should be directed by Meat & Livestock Australia.

MLA said SAMRC’s plan explained the reasoning behind each region’s priorities and why ongoing investment in regionally-focussed R&D is critical.

Feedbase development is a common need

SAMRC’s plan outlines the RD&A priorities that have been identified specifically for each zone, with some issues common among regions such as feedbase development.

In South Australia, it was identified that significant gains can be made through innovation and improvements in the feedbase and grazing systems, and animal management. (p20-23)

Opportunities in central Victoria include linking on-farm production, including the feedbase and animal genetics, to the end product. Greater producer use of objective measurement of production and feedback are also seen as a priority. (p24-27)

In the low-rainfall area of western Victoria, investing in improving the feedbase to help drought-proof the region’s livestock producers is seen as critical. Priorities have also been identified around traceability and feedback systems to ensure producers are meeting market demands. (p28-31)

For south east Victoria and Tasmania, the proximity of producers to large urban and regional centres has meant they feel the pressure of right to farm issues. Producers have identified that good farming systems through increased R&D adoption can assist with demonstrating producer integrity to the supply chain. (p32-37)

Adapting pasture systems to suit a changing climate has been identified as a priority in northern NSW, to provide producers with year-round pasture production. (p38-41)

Improving supply chain integration is seen as critical in southern NSW, along with enhancing the skills of producers so they can better monitor farm business performance. (p42-45)

Despite the diversity of livestock enterprises in the NSW central west and rangelands including Queensland sheep areas, the region’s producers have identified that strengthening their own skills through latest R&D adoption and sharing knowledge is key. (p46-49)

SAMRC chairman Ralph Shannon said the plan is a major step forward in achieving their objective of increasing on-farm adoption of R&D.

“This plan is more than simply another list of priorities.

“It acknowledges that R&D outputs must be adapted to suit local and regional specific conditions if we want producers to increase their adoption of R&D and ultimately boost their farmgate returns,” he said.

“The area covered by SAMRC comprises 41 per cent of Australia’s total red meat production area. It accounts for 84 percent of the country’s total sheep value and 58 per cent of its cattle value.”

The plan was officially launched in Sydney today by the former chief of CSIRO Livestock Industries, Emeritus Professor Alan Bell, an internationally renowned for his research on the nutritional physiology of pregnancy, lactation, and growth in sheep and dairy cattle.

“Increasing the sustainability, productivity and profitability of such a large number of producers is critical for the future of Australia’s red meat and livestock industries.

“An independent performance review of MLA released this month found the rate of on-farm adoption of R&D in our industry can be improved to help lift return on investment,” Dr Weatherley said.

“This plan, and the regional consultation model driving it, are among the ways MLA and its RD&A partners are addressing this opportunity to ensure research is best targeted to producers and their business needs.”

SAMRC is one of three national councils set up to provide advice on RD&A within Australia’s red meat and livestock industries and help guide MLA’s investment of levies. Its members include representatives of MLA, CSIRO, state agencies and departments of primary industries and universities.