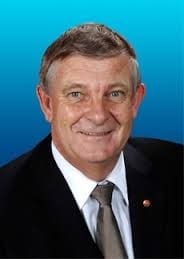 The WA senator and veterinarian has said he introduced the animal protection bill to reduce malicious cruelty to animals and protect lawfully operating animal enterprises.

Mr Park said it was a step forward for animal welfare because it ensures that perpetrators of animal cruelty will be reported promptly, empowering investigators to act more quickly.

WAFarmers said the Bill would require a person who obtained visual images of what they believe to be malicious cruelty to animals to report it to a responsible authority without delay. Authorities are then empowered to investigate, to act swiftly ensuring further cruelty is averted and to prosecute the perpetrators if proven.

It would also address illegal interference in the conduct of lawful animal enterprises and protect workers associated with such an enterprise from intimidation, threats or attacks as well as prohibiting trespassing onto, or vandalism of, such enterprises, WAFarmers said.

“The amendment lessens the possibility of stock owners being ambushed by animal activists,” Mr Park said.

Senator Back said the Bill is an amendment to the Criminal Code, and has two parts, the first addressing the reporting of malicious cruelty to animals and the second, dealing with illegal interference in the conduct of lawful animal enterprises.

The first division of the Bill stipulates that if a person takes visual images of what they believe to be malicious cruelty to animals, they must report this to the responsible authority without delay.

“As a veterinarian, I am as appalled as anyone else in the community when animals are subject to malicious cruelty.

“This Bill will give people the incentive to report the cruelty without delay in order for the authorities to investigate and end the cruelty immediately,” Senator Back said.

The Bill does not censor or restrict the media, media coverage or any person in any way.

The second division of the Bill is directed at anyone who intimidates, threatens or attacks a person or people associated with operating a lawful animal enterprise.  It also prohibits trespassing onto or vandalism of such enterprises.

Such actions are criminal in nature, invade the privacy of affected persons and can place animals at risk from a welfare, biosecurity, health and safety point of view, Senator Back said in a statement.

Senator Back said the motives of many animal activists are clear by their own published statements.

“They want to see the end of Australia’s livestock industries with many opposing any form of animal production and wanting to drastically reduce meat consumption.

“In so doing, they are directly attacking Australia’s international reputation, export trade and the profitability of agricultural and rural communities generally.”

The Bill and explanatory memorandum can be found here: