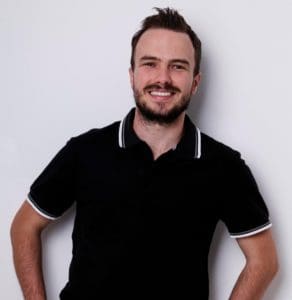 If you are putting lamb on the barbeque this Australia Day then you may be interested in the research findings on the impact of storage temperatures on meat quality.

Charles Sturt University Master of Philosophy graduate Cassius Coombs has unearthed the cold-hard facts of lamb storage by evaluating cuts that had been chilled, then frozen for periods of up to one year.

“The experiment examined lamb loins which were stored chilled for up to eight weeks, then frozen for up to one year at two temperatures, -12 and -18°C.

“We measured a number of meat quality parameters including tenderness, juiciness and display colour, along with food safety factors,” Mr Coombs said.

The research was carried out through the Graham Centre for Agricultural Innovation in conjunction with the NSW Department of Primary Industries while Mr Coombs was based at the NSW DPI Centre for Red Meat and Sheep Development in Cowra.

“Key findings were that chilled storage improved the quality of meat for up to two weeks, highlighted by a marked increase in tenderness.

“Overall we concluded that the lamb remained safe and of acceptable eating quality for up to one year frozen storage; and that two weeks chilled storage was the best ageing duration prior to freezing.

The chilled storage was under commercial conditions, with mean temperature ranges between 0.29 (mean at six weeks) and 1.88 (mean at zero weeks) degrees Celsius.

Mr Coombs said the study involved loin cuts bought direct from abattoirs, and consumers could assume cuts brought from butchers or supermarkets had already been aged under chilled conditions for some days to obtain optimal tenderness and should be frozen immediately unless they were to be eaten in the next few days. The best temperature to chill lamb is around 1°C and the meat should ideally be vacuum packaged for freezing to prevent freezer burn and other quality changes.

“We recommend cooking them straight from frozen or within a period of less than 24 hours (out of the freezer).”

“This project aimed to identify storage durations for frozen and chilled meat for export purposes, but it’s hoped the information can be used by the wider industry.”

Mr Coombs was awarded a Master of Philosophy at a graduation ceremony at CSU in Wagga Wagga on Tuesday December 12.

His research was carried out as part of a wider project funded by the Australian Meat Processor Corporation. He was supervised by Graham Centre members Adjunct Professor David Hopkins and Dr Benjamin Holman from NSW DPI at Cowra, and centre director Professor Michael Friend.