New AWI chairman confirms he will contest the 2021 election 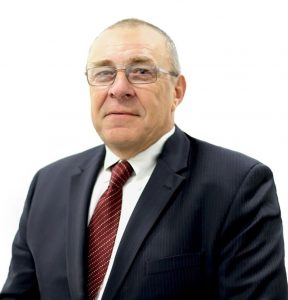 “People understand that that’s the situation as it stands at the moment, yes.”

Without listing any specific priorities or what he stood for, Mr Laurie indicated he placed importance on running the company efficiently, staying focussed on the industry, engaging growers and governments, ensuring levy money is well-spent, and dealing with investment decisions during and after the COVID pandemic.

When asked what he counted as his achievements since his election to the AWI board in 2015, Mr Laurie said: “there has been substantial change made over that period of time.

“Some of it due to the ROP (review of performance), some of it’s due to other things.

“But I think there has been substantial change and I think all directors are involved in any of those changes that are there, so I wouldn’t say that individually I’ve done anything different than the other directors.

“We discuss issues at all times, we discuss all those issues and will come to a landing point on them and that’s what we’ve done.”

And what have been Mr Laurie’s priorities, what has motivated him and what has he pushed for, while on the board?

“Making sure that that focus is very much on the wool industry I think has been important and I think the board as a whole have done that.”

But what has Mr Laurie stood for on the board?

“We all stand for, we don’t necessarily stand for individual issues, it’s about running a company; making sure that the company is running efficiently.

“But obviously it is important to everybody, that working through that process and managing that company, dealing with the things that have been dealt with over the last 12-18 months of COVID is done in a way that is keeping the company in a very strong position, which it has done.

“You don’t take personal issues onto a board, I haven’t necessarily done that, I don’t know that that’s the role of a director.

“The role of a director is to sit down and be an independent part of a company.”

And on the issue of who Jock Laurie is and what issues he has had a role in implementing or affecting, Mr Laurie said: “I think if you go through and have a look at all of the decisions that have been made in the last 4-5 years I’ve been actively involved in all of those, as all the directors have.

“As I say, I’m not going to sit here and say that I drove this outcome and I drove that outcome, because in the end the board are the ones that drive the outcome as a group, not individuals,” he said.

Mr Laurie consented to several interviews last week after his appointment, despite being reluctant to answer phone calls in the past. Former chair Colette Garnsey refused an invitation to talk to Sheep Central.

Mr Laurie could offer no insights into why Ms Garnsey decided to resign last week, despite the company previously stating she would retire at the 2021 annual general meeting in November

“The chairman has made her decision, she’s done what she has done, so the board need to make a decision and move, so that’s what we’ve done, that’s what I mean by part of the process

“Why Colette has done what she has done is entirely her decision.”

When asked how Ms Garnsey resigning now would lead to an “a smooth transition and knowledge transfer” before the 19 November annual general meeting, as opposed to the new board electing a new chairman after the November election, Mr Laurie said he could not do much about Mr Garnsey’s early resignation.

“If the chairman resigns then there is going to be a new chairman put in, that’s where we’ve ended up.”

Mr Laurie discounted the suggestion that Ms Garnsey’s retirement and his appointment was part of a plan for the ruling board bloc — supported by breeder politics and fostered by former chairman Wal Merriman — to maintain control of the board by increasing the chair’s election chances.

“Wool growers will vote in who they want to vote in as electors, so that will be up to them.

“I don’t think that they would fall for that sort of a trick,” he said.

When asked if taking the chairman’s role would increase his chances in the November election, Mr Laurie said he had been involved in public life for 15 years.

“I think a lot of people sort of know me anyway, so I’m not sure that taking this role on is going to make a huge difference, to tell you the truth.

“People have already formed their opinion of me whether they like me or they don’t.”

Mr Laurie would not confirm that his appointment was uncontested or why.

“That’s internal board stuff and at this stage, that’s the way they want to keep it.”

On what his priorities would be as AWI’s new chairman, Mr Laurie said the company faced huge challenges.

“So, seeing opportunities as economies start to open up, understand where and how those opportunities are and how we are going to invest is going to be absolutely critical, so that is one that is important,” he said.

He said the European Union labelling legislation is also critically important for the wool industry’s future, along with sustainability issues and broader environmental discussions.

“And really understanding how the wool industry is going to be when the markets open up again after COVID, I think all of that is going to be a very important thing that we are going to be involved in.”

Mr Laurie said it was vitally important, and the directors had a responsibility and obligation under law, to run the company properly.

“My role, as much as anything is working through that process and making sure that all of those things are clearly identified, progressed and hopefully as the countries and economies open up around the world some more opportunities will emerge.”

Mr Laurie said the board had not made a decision on its preferred levy percentage for the 2021 WoolPoll. AWI failed to get the 2pc option up in the 2018 ballot, when shareholders voted for 1.5pc.

“It also provides an opportunity for AWI to clearly explain, with a forward-thinking plan, where we want to go, how we want to go, what sort of funds we’ll need to do that.”

This would be a challenge COVID as the pandemic continued, he said.

“We’ll put together what we can, we will make a decision in regard to the levy, we’ll go to wool growers with a pretty clear package as to why we believe that investment, the decision, will be important to the industry.”

While wool was still only about 1pc of the world textile trade, Mr Laurie said there was a huge opportunity for the industry in the sustainable garment debate with synthetics.

He agreed there is a huge opportunity for wool to fill the sustainability and environmental responsibility “space,” potentially justifying a higher grower levy. Mr Laurie said AWI will be making sure it “puts together a story that clearly shows, if we go to the two percent, why we think that is the case, when we make that decision.”

On governance and AWI “baggage”

On the issues the coming levy ballot will be fought on, after grower reaction to AWI’s governance issues and former chairman Wal Merriman’s behaviour led to large ‘no’ votes against some election candidates and the levy dropping to 1.5pc, Mr Laurie said it was “the big challenge.”

“The big challenge is going through and getting the support of growers (in) understanding what AWI is doing and hopefully believing in the vision that we have; that’s going to be critically important.”

Mr Laurie said he had worked under two AWI chairs – Mr Merriman and Ms Garnsey — who both had their own style, but “there is some historical baggage.”

“As far as I am concerned they have both been very good at what they have done.

“People will contest with Wally, but I’ve seen him operate at board level with the best interests of the industry at heart and I think he was widely criticised, as you say, talking about the vote,” he said.

“But I think what we can do is make sure that we continue to build (on) that.”

Mr Laurie said virtually all of the 2018 Review of Performance’s 82 recommendations have been “covered off” and the 10-year tenure resolution goes to the AGM this year. On whether he regarded himself as part of the “baggage” he referred to, Mr Laurie said: “In the end, other people will judge me for what I am and for what we do.”

“I don’t need to judge myself, I just leave it up to others to judge.”