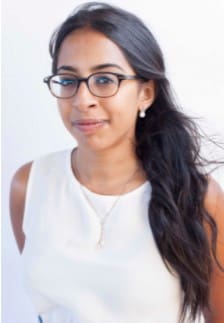 Dr Joanna Howe: a need for tripartite leadership on migration.

The session panellists were asked why, despite the willingness of shearing contractors to employ Pacific island workers, access to labour under the Pacific Australia Labour Mobility (PALM) scheme is not being expedited.

Dr Howe initially said the question pointed to a much larger issue.

“Which is that, we have a real problem that migration has become a political football.

“So to get anything done quickly in the migration space, it’s just not happening, and because we don’t have the bipartisan support.”

She said in 1996 when the 457 visa was introduced, the Labor and Liberal Parties agreed and it went through Parliament creating a temporary skilled shortage visa for industry.

She said the Minister for Agriculture David Littleproud announced an ag visa (in August 2021) that was meant to be operational for the horticultural sector by September.

“With Pacific workers, which is a less controversial program, they are still not able to access the workforce that they need,” she said.

“I think this points to the lack of tripartite leadership at the national level.”

She defined tripartite leadership as comprising government, employers and unions.

“So if I contrast this to New Zealand, where they’ve got one migration program to access agricultural workers and it’s through the RSE (Recognised Seasonal Employer scheme), which is the program for the Pacific, and it’s run with government steering a group with peak employers and peak unions on it,” she said.

“So they have tremendous fights, but then they make a decision as a group about what’s going to happen with that program.

“So employers wanted to increase the cap of Pacific workers coming in and they had to convince the unions and then it was a done deal, and it happened last year that the cap got increased,” Dr Howe said.

“In the Australian context, we just don’t have that kind of infrastructure.”

“We need tripartite leadership or we are going to keep getting these bottlenecks.

“We are going to have an ag visa that gets announced, but doesn’t get implemented,” she said.

“We are going to have a PALM program that just isn’t there in time for the growers that need it and we need to take the fragmentation out of the way we make policy in migration or nothing is going to change.”

After the conference session, Dr Howe said “the ag visa and PALM bottlenecks are there because this is a political minefield, and without bipartisan support (Labor and Coalition agreement) and union and employer agreement, it’s very difficult to develop these visa programs in the interests of industry.”

Shearing Contractors Association of Australia secretary Jason Letchford said no progress has been made with the ag visa. He said he had been told by one of the approved labour hire firms that due to demand under the PALM scheme, the first Pacific island workers would become available to the shearing industry in Victoria by the end of May and in New South Wales in late June.

He believed the availability of PALM workers was the main factor, rather than any bureaucratic issues.

“It’s a bit of a chicken and egg situation, no one is going to sign up if they have to wait for three to four months anyway for the worker.

“Contractors want workers now and they want easy access to them,” he said.

Although several shearing contractors have indicated a willingness to access PI workers, Mr Letchford said he is not ware of any shearing contractor signing up to take on a PALM worker, due partially to the delay in access and that May-June is the nation’s quietest period for shearing.

“There is no real incentive to sign up to assess some labour with additional costs and requirements at your least needy time.”

Mr Letchford said shearing contractors need to know what it will cost to employ a PALM workers, because they must be paid for 38 hours a week as a permanent worker. He said although he welcomed that development that unskilled PALM workers could be employed and trained to become skilled shed hands and shearers, “there is no payment mechanism that is accommodating the need to pay piece rate workers that are permanently employed.”

“And there is more of a demand (for workers) than there is a supply.

“The non-shearing employers have all the current (PALM) workers booked up.”

Last month, after the Australian Workers Union called for Prime Minister Scott Morrison to abandon Minister for Agriculture David Littleproud’s ag visa, after reports of The Philippines withdrawing from talks, a Department of Foreign Affairs and Trade spokesperson told Sheep Central that the Pacific Australia Labour Mobility (PALM) scheme remained the primary program for meeting agricultural workforce shortages and addressing immediate workforce needs. However, DFAT has not clarified what was being done to ready the PALM program for Australian shearing contractors and sheep producers wanting to access PI workers.

The spokesman said discussions on program details with Indonesia are advanced, with details to be finalised soon and recruitment to start after negotiations are complete.

“We are in discussions with a number of other countries in South East Asia.

“These are sovereign nations that have their own interests and expectations, which we respect,” the spokesperson said.

“The discussions are complex. We are committed to getting the settings right – for employers, workers and participating countries.”

Another DFAT spokesperson told Sheep Central today that the Australian Government discussing the wool sector’s critical labour force shortages, especially in sheep shearing, with the industry.  It is believed an industry roundtable to explore how the Pacific Australia Labour Mobility scheme may assist is planned for 18 March.

“The roundtable’s focus will be informed by discussions being held with the wool industry, including growers, labour companies and wool industry organisations,” the spokesperson said.

NFF calls for faster progress on the ag visa

At a NSW Farm Writers event in Sydney, Ms Simson said faster progress was needed on the visa, as announced by the government last year.

“We welcomed the government’s commitment, led by Minister Littleproud, to bring the Visa to fruition, after more than five years of advocacy by the NFF.

“The news came as a relief to farmers who continue to battle debilitating workforce shortages, made worse by COVID-induced border closures,” she said.

“There is no doubt the task of securing partner countries is complex and we acknowledge the hard work of Ministers Littleproud and Payne to date.

“As negotiations continue, we urge the government to not be blinkered and consider other nations and regions who would benefit from being a part of Australia’s AgVisa,” Ms Simson said.

The AgVisa will complement the existing Pacific Worker Scheme, Seasonal Worker and Working Holidaymaker Programs and the domestic farm workforce.

“Farmers are welcoming backpackers return to farm and continue to value the contribution of Pacific workers.

The core tenets of the ag visa, as advocated for by the NFF, is the ability for visa holders to move between farms depending on labour needs, and importantly, only accredited farmers would be able to access the program.

Ms Simson said with a federal election looming the NFF was calling for a commitment by both parties vying for government, to finalise 10 AgVisa partner countries in the first year in office.

Mr Littleproud this week called for Labor Party support for the ag visa, despite ongoing opposition by the AWU.