AWH is relocating its Portland wool storage operation to Hamilton.

AUSTRALIA’S largest warehouse provider, AWH, plans to have a new wool store in operation in the Victorian city of Hamilton by early next year.

AWH said yesterday contracts have been exchanged for the purchase of a property at Theatre Drive, Hamilton, in the state’s south-west.

The new site off the Glenelg Highway near Hamilton’s Bunnings Warehouse is expected to be operational early in the first half of calendar 2022.

The purchase of the Hamilton site will see AWH’s wool operations, which are currently carried out in Portland, being relocated closer to the largest wool growing region in Victoria, AWH said.

AWH plans to start wool receivals in February or March 2022 after finalising subdivision of the site and completion of some capital works to extend the undercover roof area to about 6600sqm.

The major use of the new site will be receiving/handling, sampling and delivery of greasy wool for AWH’s wool brokering customers – Nutrien Ag Solutions, Elders and AWN.

AWH keen to have a presence in Hamilton 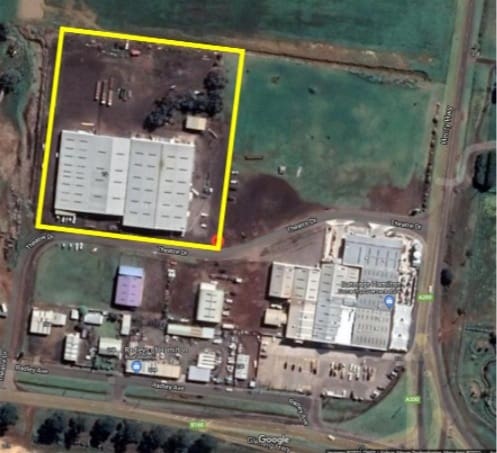 The proposed AWH site in the yellow border, behind the Hamilton Bunnings store

AWH’s national wool manager David Mitchell said AWH’s wool broker customers have been keen for some time for AWH to have a presence in Hamilton.

“With shearing patterns changing in recent years and a requirement in some cases to sell on consignment, a wool receival location closer to the point of harvest and central to the Western Victorian wool growing region will be a welcome development.”

Based on forecast wool volumes in the region, AWH expected the Hamilton wool store to be a busy site. The company intends to invest capital on the site to increase the undercover warehouse area which can be used for the storage of wool.

While no decision has been made on the date of closure of the Portland site, AWH said those wool growers who have traditionally delivered to Portland will be able to direct their wool to AWH’s wool stores in Hamilton, Lara (Geelong), or Brooklyn (Melbourne).

Further advice will be available from wool growers’ respective brokers closer to the commencement of the Hamilton operation.

A number of AWH Portland staff will assist in the start-up of the Hamilton site and it is likely that AWH will also be looking to employ locally from the Hamilton district.

AWH said it is excited to have a presence in one of the most important wool growing regions of Australia.

With its 16 sites located around country, AWH has an under roof warehouse footprint of more than 600,000 square metres. AWH handles about 60 percent of wool offered at auction and 20-25pc of the cotton crop exported annually.