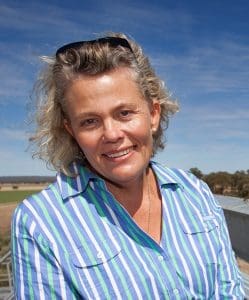 STARTLING new research has revealed that Australians have grown disconnected from where their food and fibre comes from and are oblivious of the farm sector’s economic contribution.

The nation-wide polling commissioned by the National Farmers’ Federation in the lead up to Tuesday’s National Agriculture Day, has found that 83 percent of Australians would describe their connection with farming as ‘distant’ or ‘non-existent’.

National Farmers’ Federation president Fiona Simson said the figures are cause for alarm.

“We live in one of the most urbanised countries in the world, but that doesn’t mean food and fibre production should simply be ‘out of sight, out of mind’.

“Agriculture is an essential ingredient in every meal on our plates, and every natural fibre on our backs,” the NSW Liverpool Plains farmer said.

“Farming is also a driving force of the Australian economy, generating 1.6 million jobs across the supply chain.”

The results come ahead of National Agriculture Day on Tuesday, November 21, a national initiative aimed at reconnecting all Australians with the story of agriculture.

As part of the poll, participants were presented with a list of six industries, and asked to nominate which they thought was Australia’s fastest growing.

“The result highlights a big misconception: that agriculture is a thing of the past. The reality is it’s a critical piece of Australia’s economic future.

“In fact, we’re on track to be Australia’s next $100 billion industry, having reached a record $60 billion farm gate return last financial year,” she said.

The problem, according to Ms Simson, is that people simply don’t know they have skin in the game.

“Despite the billions of dollars and all the jobs derived from agriculture, Australians assume this only benefits people in the bush.

“The reality is the bulk of jobs supported by the farm sector are in the city, in fields like retail, food service, logistics, finance and more,” Ms Simson said.

“Farmers don’t just grow your calories, they grow your salaries.”

The National Farmers’ Federation has partnered with the Commonwealth Government, Coles and other partners to celebrate National Agriculture Day and to raise awareness of Australia’s farm sector.

National Agriculture Day on Tuesday, November 21, aims to start reconnecting all Australians with the story of agriculture.

“Our polling found that 57pc of Australians have had no contact whatsoever with a farmer in the past year,” said Ms Simson, a farmer herself from the NSW Liverpool Plains.

“On National Agriculture Day we’re looking to fix that, by connecting every Australian with the story of agriculture and the farmers that make it happen.

“I’d strongly encourage all Australians to get behind AgDay,” she said.

“Visit the website, get the facts about where our food and fibre comes from and find out where you can join in an AgDay celebration near you.”