Movement at the station: Sheep and goat properties feature in listings THIS week’s property review includes a number of interesting recent listings of interest to sheep and goat producers.

A sale of interest is Errol and Candy Brumpton’s 1036ha Well Gully in Queensland’s Maranoa region.

The modern, high production, highly-developed property is situated 24km from Mitchell and 108km west of Roma.

Founded in 1974, Well Gully was once home to the renowned Well Gully Poll Merino Stud which developed highly profitable wool and meat sheep.

Along the way Well Gully amassed a number of remarkable achievements including producing the world’s lightest woollen cloth at 150 grams per lineal metre.

Well Gully is fully boundary fenced and suitable for feeding, fattening, a stud or an operations base for 500 steers or 2500 breeding ewes.

The country is developed brigalow, belah, Bottletree and wilga soils improved with buffel, bisset creeping blue, purple pigeon and native grasses. Around 210ha can be cultivated.

Darryl Langton from Nutrien Harcourts said it will be an interesting sale from a value standpoint.

“East Lynne set a record price for the Mitchell district, and while it was a larger block, Well Gully features significant structural improvements.”

Well Gully will be auctioned on June 03. Thargomindah’s well improved 74,905ha Wombula Aggregation has been listed for $7.1 million on a walk-in, walk-out basis including plant and equipment, but bare of livestock.

The 38,500ha Wombula and 35,800ha Yenloora, 85km east of Thargomindah and 170km west of Cunnamulla, are suited to sheep and/or goats, with a cattle and carbon enterprise on the balance of the property.

The aggregation features sweet, high-weightgain country with access to drought fodder (such as mulga and other edible shrubs) that can carry 2500 adult equivalents.

The 4000ha of flood-out channel country is lightly stocked and is currently presenting with good fattening feed.

“The Yenloora Carbon Project (on the Yenloora lease) generates around $180,000 net per year extra income for vendors, which is beneficial during light rainfall years,” Mr Brodie said.

Vendor Dick O’Connell, who is retiring after 37 years on Wombula, has spent around $2 million on the property.

Improvements include a new second house, 48km of exclusion fencing, blade ploughing and buffel seeding, extensive use of 63mm poly pipe, tanks and troughs, as well as half share in Patterson’s bore. The Wombula Aggregation has access to nine capped artesian bores and 13 dams.

There’s been a mix of interest to date from South Australia, western and southern Queensland. Thargomindah’s well improved 74,905ha Wombula Aggregation has been listed for $7.1 million on a walk-in, walk-out basis including plant and equipment, but bare of livestock.

In 2018, Rob Topfer purchased Pejar Park (the property, not the homestead), near Woodhouselee village, 25km from Crookwell and Goulburn.

Mr Topfer has now decided to consolidate his holdings after recently purchasing a property near Wagga Wagga.

Col Medway from LAWD said Pejar Park would be a perfect bolt-on to an existing enterprise.

It is expected to command considerable interest given its proximity to Sydney, Canberra, Goulburn, Crookwell and the Southern Highlands.

Pejar Park is being offered for sale by expression of interest closing on May 27. 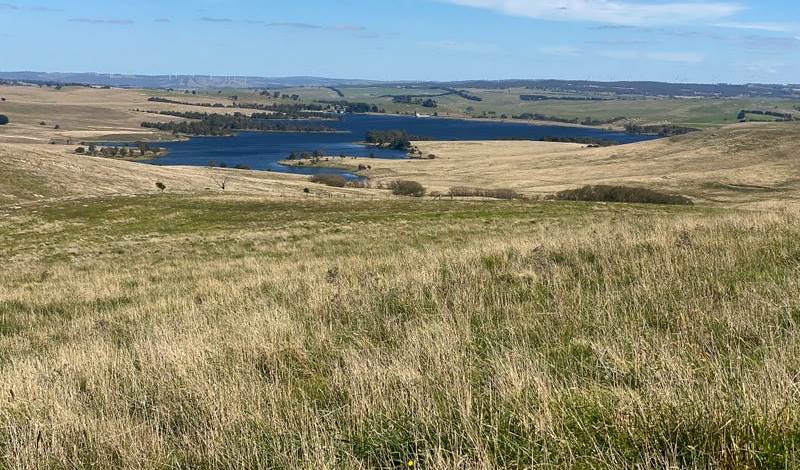 Meantime, the mixed farming and grazing operation Rosary, in the renowned south-west slopes of New South Wales, is being offered for sale via expressions of interest.

Located at Galong, south west of Boorowa, Rosary is well located 90 minutes from Canberra and three hours from Sydney.

Owned by Newcastle-based David McCormack, the property has been held by the family for three generations and is currently leased to a local family operator until April next year.

Expected to raise more than $5.5 million, the 476ha operation is suited to livestock breeding and fattening, together with dryland cropping.

The country is gently undulating to rolling grazing hills, with the well-established improved pastures supporting around 4800 DSE.

Tim Corcoran from LAWD said there had been good local interest from mixed operators, and inquiries from regional and metropolitan investors.

EOIs for Rosary close on June 17. mixed farming and grazing operation Rosary, in the renowned South West Slopes of New South Wales, is being offered for sale via expressions of interest.

Andrew and Kathy Wall are asking $3.2 million (bare of stock and plant) for south west Queensland’s Moama and Bundawaugh which are currently boasting good reserves of mulga.

Located 94km north west of Eulo or 212km south east of Quilpie, the 42,905ha aggregation has a good grazing balance of gidgee and mulga country suited to cattle, sheep or goats.

Watered by two capped artesian bores, a system of creeks and watercourses, Moama and Bundawaugh are estimated to carry 700 cows and followers or 7000 dry sheep equivalents.

After four years ownership, the Wall family is planning to relocate to Bollon.

Brendan Devine from Elders said interest is coming from Roma producers and from carbon traders. Andrew and Kathy Wall are asking $3.2 million (bare of stock and plant) for south west Queensland’s Moama and Bundawaugh which are currently boasting good reserves of mulga.