More mutton legging it to the Middle East, but less lamb 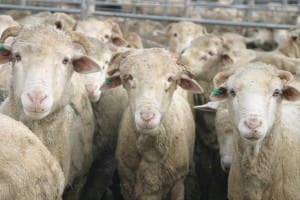 Mutton exports to the Middle East increased by 20 percent to 3423 tonnes last month, compared to August 2013.

Most of the drop in lamb exports was accounted for by fewer light carcases being flown to Bahrain and Qatar, largely as a result of Ramadan having finished and general demand starting to ease, MLA said.

Most of the increase in the mutton trade was in leg exports to Saudi Arabia (which increased from 146 to 693 tonnes and the UAE, MLA said. Mutton carcase exports declined relative to last year — down 80 tonnes to 1567 tonnes — but not to the same extent as lamb.