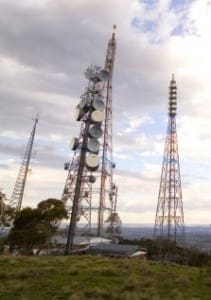 REGIONAL Australians have only till the end of the month to nominate their local mobile blackspot for the next round of federal funding.

The Federal Government has announced that for locations to be considered under round two of its mobile black spot program, problem locations must be submitted by December 31, 2015.

NSW Farmers today encouraged everyone living in regional New South Wales to nominate their local mobile blackspot before the end of the month. But a Department of Communications and the Arts spokesman said it was a national program and nominations would be accepted from all states.

Under the first round of the scheme, $92 million was allocated to 144 new or upgraded base stations in NSW. The NSW Government provided $24 million and the Federal Government contributed $28 million.

A further $60 million has been committed by the Government for Round 2 of the program, with funding to be available over two years from 1 July 2016. The competitive selection process for round 2 is expected to commence in early 2016.

NSW Farmers telecommunications spokesman and Nyngan farmer Anthony Gibson said round one of the blackspot program was an outstanding success and NSW Minister for Regional Development John Barilaro should be congratulated on the benefits he secured for people in regional NSW through the NSW Government’s contribution.

“NSW Farmers is keen to build on this success and we urge the NSW Government to continue this funding commitment and to prioritise projects that allow expanded NBN coverage,” he said.

“This is particularly critical for western and far western NSW, which largely missed out on funding under round one.

“Expanding the footprint both of mobile phone coverage and NBN fixed wireless is the key to encouraging the next leap in agricultural productivity,” Mr Gibson said.

NSW Farmers will be seeking a further contribution from the NSW Government to round two of the program from the 2016/17 budget. In addition, the association will be ensuring that the NSW Government continues funding towers that offer multiple providers access to the infrastructure.

Black spots can be nominated here or through the Department of Communications website: https://www.communications.gov.au/what-we-do/phone/mobile-services-and-coverage/mobile-black-spot-programme.

Once submitted, the nominations will be added to a national database which will be provided to mobile operators as part of a competitive selection process. Operators will be required to nominate sites where they would build new or upgraded base stations to serve the black spot locations nominated by the public. Successful locations are expected to be announced by the end of 2016.

Source: NSW Farmers, Department of Communication and the Arts.