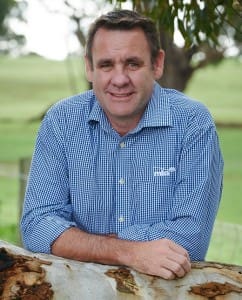 The project, managed by MLA and to be led by CSIRO, will focus on improving surveillance, preparedness and return to trade for emergency animal disease incursions using foot-and-mouth disease as a model.

The project will provide:

MLA managing director Richard Norton said it was important to Australia’s red meat industry that the best systems are in place to prevent, and if necessary respond quickly, to any infectious disease outbreaks.

“While Australia has stringent animal health biosecurity systems, there is a need for investment to remain vigilant and to continually improve our systems,” Mr Norton said.

“For example, while Australia has been FMD-free since 1872, a large outbreak of this highly infectious disease has the potential to immediately devastate Australia’s livestock industries.

“This project is about bolstering our preparedness, reducing the impact of any outbreak and fast tracking the return to trade for the red meat industry.”

“We are breaking new ground in vaccine testing and understanding how the virus evolves,” Mr Norton said.

“In order to ensure this knowledge can be utilised in real time, this project will look at developing data management tools that are fast and integrated with other systems, such as meteorological data and transport.

“Involving producers in surveillance and biosecurity at enterprise level will have the added benefit of further raising awareness about animal health and disease in general.”

The project is co-funded through the Australian Government’s Rural Research and Development for Profit program, MLA’s Donor Company and Animal Health Australia (AHA).

To find out more about the Federal Government’s Rural R&D for Profit program, visit http://www.agriculture.gov.au/ag-farm-food/innovation/rural-research-development-for-profit