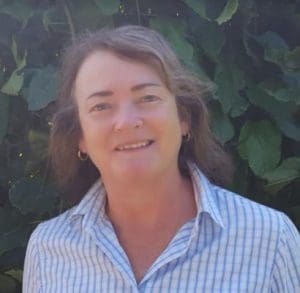 EASTERN states sheep producers will get hands-on assistance to move toward non-mulesed production in a new producer-led program funded by Meat & Livestock Australia.

The ‘Towards non-mulesed sheep’ project came from an open call for PDS applications. It is utilising the principles of a PDS to guide producers through the design of a property-specific plan using existing tools and management strategies to reduce the reliance on mulesing.

Producers are being invited to take part in the program across sites in Victoria and southern NSW, where it is being delivered by independent local consultants, Lisa Warn (Lisa Warn Ag Consulting), Helen McGregor (Redefining Agriculture) and Sally Martin (SheepMetrix). 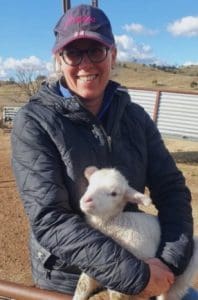 Project lead, Lisa Warn said the groups are open to wool and sheep meat producers and there has been interest in forming a group in South Australia and other parts of NSW, but the program’s extension will depend on future funding. The program will also liaise with an independent Western Australian producer group undertaking a similar project. Brokers and stock agents have indicated they have clients who want to participate.

“It is sort of like a pilot and we are hoping if it goes well we can then say let’s make this like the Lifetime Ewe Management Program that is ongoing.”

She said if the project’s trial phase was successful then the organisers would like to gain the support of Australian Wool Innovation as well as MLA “going forward.”

Ms Warn, Ms McGregor and Ms Martin — who have over 60 collective years of experience in the Australian sheep industry and combined expertise in profitable sheep production, welfare, nutrition, disease management and genetic improvement — will deliver a program tailor-made for participating producers.

Ms Warn said many producers were keen to transition to a non-mulesed flock, but were looking for guidance.

“Many producers indicate they would like to cease mulesing, but they lack the confidence to do so and are fearful of not being able to manage without it.

“This program was developed in response to their concerns to cover all aspects of sheep management and breeding, with regional relevance,” Ms Warn said.

“There is a lot of information and tools available, but it can be a bit overwhelming.

“We are not telling people they’ve got to stop (mulesing); it’s like, you’ve decided you want to now we can guide you and give you support from other producers.”

She said producers have indicated they wanted to move toward non-mulesing mainly to protect market access, rather than necessarily achieve price premiums.

MLA program manager – adoption, Sally Leigo, said a feature of the project was the opportunity for producers to learn from one another and address producer-led priorities.

“The program will include discussion groups and on-farm demonstrations to allow producers to identify management changes they might need to ultimately be able to cease mulesing across their flock.

“The groups will also include producers who have at least 10 years’ experience running a non-mulesed flock,” she said.

“By sharing the challenges they faced, their know-how in overcoming these challenges and the opportunities they have captured, these producers will provide valuable practical expertise that is regionally-relevant,” Ms Leigo said.

The program will run for two years and groups will meet throughout the year, on-farm, for sessions to improve knowledge and skills, discuss seasonal issues and use a range of industry tools to develop and implement their plans.

Discussion group members also have the option to run a small trial with their own sheep to evaluate their chosen strategy.

– identifying factors contributing to risk of breech flystrike for your flock.

– management and genetic strategies to combat the main risks for flystrike in your region.

– calculating cost benefit of ceasing mulesing for your business.

If you would like more information about the program, be kept up to date on the on-farm demos or would like to explore the possibility of joining a discussion group in your region, contact one of the project team.