MEAT & Livestock Australia is working toward enabling producers to declare whether their sale sheep and lambs have been breech modified and if pain relief was used.

At the recent MerinoLink conference, MLA managing director Jason Strong was asked when MLA would add mulesing and pain relief treatment declarations to the National Vendor Declaration for sheep and lamb sales.

Mr Strong said there were two parts to the question.

“When do some of these activities become part of our compliance with free trade agreements?

“At the moment they are not, but I think it is getting closer; it was certainly part of a discussion at a high level, there weren’t any specific discussions about mulesing, for example, in the (United Kingdom) FTA negotiations, but it’s getting closer.”

“I think where we are getting to at the moment is that the NVD isn’t necessarily the best mechanism to do that, because of the process you’ve got to go through to get something actually on the NVD.

“The greater opportunity we’ve got is with the electronic NVD, the eNVDs, where we’ve got greater flexibility around what goes in that file or on that file and then travel with animal through the supply chain,” he said.

“So I think there is a much quicker opportunity to add things, like mulesing or pain relief, or antibiotic treatment or other activities to a file that travels with the animal, but isn’t necessarily with the primary biosecurity document (the paper NVD).

“If it was going to go on the NVD it is going to take a long time, because it’s got to go through SAFEMEAT, it’s got to be supported by industry representative organisation policy which we’ve all had experience is it’s a bit difficult getting these things moved,” Mr Strong said.

“But as far as getting it with a file which travels with the animal, that’s going to be a lot easier and it’s something we are actually working on now.” 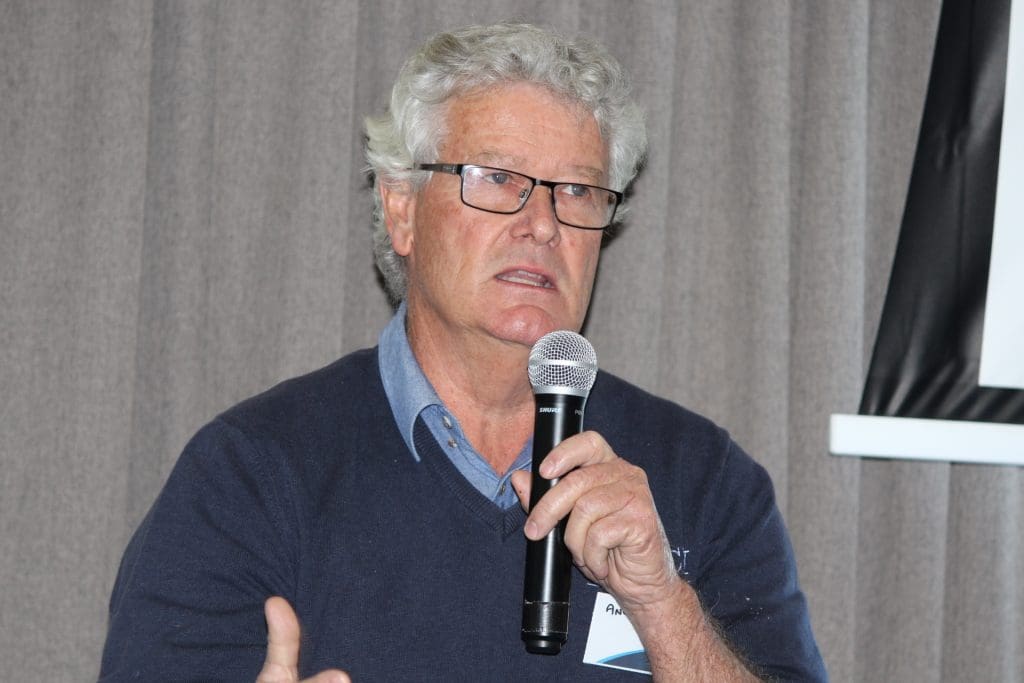 “It is a major threat to our domestic and overseas markets, so it is really a potential loss of market share.”

On MLA’s current position on mulesing and animal welfare, Mr Michael said MLA currently has a major investment project finishing in September – Milestone 3 – that is looking at the costs, threats, opportunities and benefits of breech modification and pain relief for sheep “to have traceability for our markets going forward.”

“We’ve got to shift our mental thinking from it being a wool industry; it’s actually a whole of industry (sheep meat and wool) issue.

“It’s really important from an MLA point of view that we then have full traceability for the meat components, breeding  components and everything else, within MLA and traceability through the system,” he said.

“But I think our Achilles’ Heel, without question with our animal welfare, is breech modification and pain relief management, and regulation.

“So, we don’t have any consistency of regulation as far as pain relief, which again is going to be a big problem going forward,” he said.

“The one that really frustrates me from an MLA point of view and also very much a personal opinion and view, is that I have just seen the latest from the project and there is a big percentage of first cross ewes or maternal ewes that are mulesed or breech modified, and I don’t understand it.

Mr Michael said he is aware there is a sale price premium for first cross and maternal ewes bred to be prime lamb mothers rather than wool producers, are breech modified.

“There are markets in Australia where close to 100 percent of those first cross ewes are mulesed or breech modified,’ he said.

“We can’t defend that so from a market point of view, it’s a real worry.”

He said MLA has worked heavily with the Australian Government on the UK Free Trade Agreement.

“The first questions that were asked of (British Prime Minister) Boris Johnson and Scott Morrison were: Are Australia’s animal welfare standards going to match ours?

“And Boris Johnson’s response was: ‘We expect Australia’s standards to match what our customers want in the UK’.”

Mr Michael said in UK it is illegal to mules sheep, while it is still legal in Australia. He said at some stage, the Australian industry had to stand up and be proactive rather than reactive on breech modification.

“We’ve done a great job to get the free trade agreement, where to from here?”