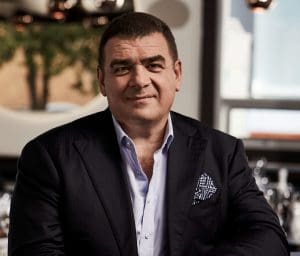 MEAT & Livestock Australia has shifted to a longer term operational response to assist in the rebuild for livestock producers affected by bushfires, after dropping a proposal for a $10 million Bushfire Emergency Response Fund.

Mr Strong said MLA will work with state departments and SFOs to support the delivery of information sessions on how to manage through the bushfire recovery process.

“It will also help producers prioritise areas for rebuilding including fences, pastures, infrastructure, and, implement a management plan for livestock, nutrition and fodder requirements.

“Providing one-on-one assistance will also allow us to help farmers and their families’ access essential mental health support facilities if required,” he said.

“It will also include information on subsidies available to livestock producers and support services to help them take care of themselves and their families.”

Mr Strong did not directly address whether MLA consulted with peak councils or SFOs developing its Bushfire Emergency Response Fund initiative, but said: MLA undertook and continues to consult with both industry, government and other key stakeholders as part of our longer term initiatives to help affected producers in the aftermath of this unprecedented event.”

“Within the first 24 hours, industry were consulted as part of the development of the proposal.

“The fund was something that was being considered, which would have a significant material impact on the ground quickly – a key focus of MLA’s thoughts at the time given the scale of the fires, but was ultimately evaluated against what else was available and it was decided not to proceed.”

“However, MLA has a range of key stakeholders, including a number of industry bodies, government and even media.

“However, in cases of spending initiatives the (Federal) Government is the critical stakeholder by virtue of MLA’s statutory funding agreement and legislative operating environment.”

When asked how bushfire emergency response fits into MLA’s research, development and marketing charter, Mr Strong said: “This is undoubtedly a devastating time for all cattle, sheep and goat producers affected by the recent fires, especially on the back of the drought conditions many have been experiencing.”

He said with the unprecedented scale and impact of the recent and current bushfires, impacting most states across the country, MLA has been actively looking at how best to assist affected producers, especially around core areas of MLA’s charter of animal welfare and continuity of supply.

“MLA identified a number of actions that could provide immediate and quick support to livestock producers affected by the fires nationally, including a proposal to provide affected producers financial assistance to transport livestock out of affected areas.

“The proposal received strong support from the Department and industry; however, as MLA was finalising preparations, it became apparent that the government were developing a broader response plan, culminating in their announcement of $100m in disaster relief funding earlier this week, and MLA decided not to pursue this particular proposal,” he said.

“MLA, together with our subsidiary Integrity Systems Company (ISC), did take a number of actions in the immediate aftermath of the fires.

“This included removing non-essential Livestock Production Assurance (LPA) regulatory requirements, providing resources and information on MLA’s website, working in collaboration with industry bodies and state jurisdictions, reassuring and educating customers and consumers, particularly in key export markets about Australia’s ability to continue to supply quality red meat products and sending specialist staff and contractors into the field to assist in the recovery process.”