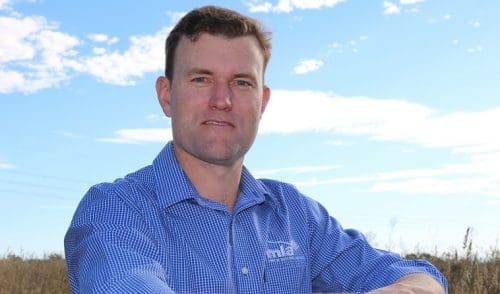 MEAT & Livestock Australia adoption programs have delivered an estimated $803 million in total net benefits to participating producers who adopted a new practice between 2015-2021.

MLA has estimated the annual net benefits for producers participating in programs in 2020-21 is calculated to be $52.6m.

Other key points made in the report include an additional net benefit of $18/ha for those participating in Profitable Grazing Systems and a $6/ha benefit for participation in Producer Demonstration Sites.

The EDGE Network is estimated to have had an addition annual benefit of $6.28/ha for participating southern producers and $44/km2 for northern producers.

The report said 8258 producers participated in learning and training activities to grow their businesses.

The impact of COVID-19 restrictions and border closures meant several of MLA’s adoption activities were postponed in the first half of the financial year. However, in the second half of financial year 2021, MLA service providers were out speaking with producers and delivering more in-person events.

“As a result of the rollout of these adoption programs and the continuation of other successful programs, MLA recorded an average 86.5% satisfaction rate among producers who took part.

“While 82 percent of attendees indicated intent to change practices because of participating in MLA adoption programs,” he said.

For livestock, 4 million sheep, 4.4 million cattle and 86,000 goats were positively impacted by practice change programs rolled out by MLA and 72.9 million hectares of Australian agricultural land was improved, MLA said.

Mr Crowley said 90pc of producers who completed a PDS project in 2020–21 have indicated they have adopted new practices as a direct result of taking part.

Other successful programs for producers include the EDGEnetwork and BeefUp Forums. MLA’s EDGEnetwork (EDGE) offers practical learning opportunities through one- to three-day workshops to help producers develop skills necessary to improve their livestock enterprises. EDGE has delivered $337.9 million in total net benefits to participating producers, the most out of all adoption programs offered by MLA.

BeefUp Forums provide an opportunity for northern Australian beef producers to stay up to date with the latest on-farm research and technologies and to meet fellow producers working in the red meat industry. The BeefUp Forums delivered $35.2 million, which is the equivalent to $2.1 million in annual net benefits to participating producers.

“The adoption programs offered by MLA demonstrate the potential return of investment available to producers across Australia. I would encourage all red meat producers, livestock advisors and industry stakeholders to get involved, so that we can continue to increase the productivity and profitability of the red meat industry,” said Mr Crowley.