Sheep Producers Australia said it commissioned the ‘sheep supply’ project to highlight the key drivers of the flock decline.

It has four components and aimed to qualify the global demand for Australian sheep meat and the opportunities for investing in programs that enable increased sheep-meat supply.

“We instigated the project due to concerns about our ability to supply a consistent volume of sheep and lamb to the processing sector and maintain Australia’s position as a major supplier of sheep meat globally,” SPA chief executive officer, Stephen Crisp said.

“Understanding the drivers of flock decline is vital when making policy decisions to support the rebuild or restructure of the Australian sheep-meat industry.”

SPA said the project includes a global demand forecast for 2030, conducted by MLA’s Global Insights team, an analysis on flock decline to understand causational factors which have caused the flock to increase or decrease in the past, and an overall data and insight analysis where a skills-based steering group will determine strategic priorities from all data collected.

The fourth element of the project relies on qualitative social science analysis to explore the demographics of current and past sheep producers and provide an insight into the attitudes of producers at different points of their production career, SPA said.

“It’s more about getting our policy right and what we feed into it right, so we know whether producers want to be in this industry or not, the reasons they do want to be in it and the reasons some people are moving away from it.

“And also the policies that will determine what type of sheep we have in the future, because if we are going to rebuild a flock we may as well rebuild it in the most profitable and superior way we can.”

Mr Crisp said the industry could not continue to continually decreasing peaks and troughs, and sustain its infrastructure and processor numbers.

“We want as many processors as humanly possible for as much competition as we can have.

“I think there is a misconception that if we produce more the prices will be lower,” he said.

“There is so much red meat and sheep meat demand worldwide that we could produce a lot more and not have the prices reduced at all.”

He believed the project would help Australia produce more sheep meat and profitably, by expanding production efficiently and showing it is a better gross margin opportunity than other commodities.

“If you have an opportunity to build your numbers and get greater economies of scale then all the better, you will get a better return anyway.”

Mr Crisp expected the project to be completed by Spring this year. 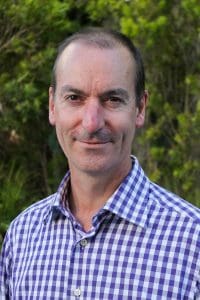 Sheep Central has been unable to find out how much is being spent on the project by MLA and SPA. However, $180,000 is allocated by AHA from animal health and welfare levies, with the project title ‘Rebuilding the Flock’ in its annual operating plan, under its Strategic Priority 2 – Better health and biosecurity practices – (Strengthening on-farm and supply chain biosecurity practices – with a focus on prevention and resilience – to protect animal health, welfare and product integrity.

AHA lists the purpose of the ‘Rebuilding the Flock’ project as: “Australia’s sheep flock is at an historic low and needs to be increased to underpin the sustainability of sheep meat/wool industry supply chains and the communities/economies they support.”

And AHA describes the project’s outcome as: “Greater flock productivity due to improved ewe/lamb/ram management practices put in place by producers on the back of evidence-based research and development.”

“AHA is funding the social science of sheep production and flock decline analysis.

“We agreed to fund the flock decline analysis as we wanted to know if management of sheep health or biosecurity risk management within sheep production systems were influencing business decision making,” he said.

“It also meant that the three aspects of the program could be completed within timeframes that made the most sense for the program.”

SPA said AHA and MLA are assisting SPA in managing the different components of the project, which utilise both data science and social science methodologies.

Dr Humphrys said SPA, AHA and MLA are very interested to get a better handle on the thinking behind producers staying in, getting out of, or getting into sheep farming (wool and meat), understanding what initiatives could be put in place to reverse the declining trend in sheep numbers, and any ramifications that has on production systems and flow on effects for sheep health/biosecurity risks.

He said if a greater trend for intensification (sheep feedlotting) was a result of the research this would “certainly throw up different health and biosecurity risk profiles that will need different management practices compared to more conventional production systems.”

“If one of the impediments to staying in or getting into sheep production rests on animal health or biosecurity practices specific to sheep we want to know what those are so we can potentially address them.”

Dr Humphrys said AHA is excited to be working with such a strong team of researchers to identify the social factors which are influencing the decline in sheep numbers.

“The research team will be seeking input from current and past sheep producers across Australia through in-depth qualitative interviews, and we encourage all those who are approached to participate in this vital research.”