A RECENT live sheep shipment to the Middle East has been held up as indicating draft wet bulb temperature regulations for heat stress assessment for such voyages were flawed.

Western Australian exporter Wellard has highlighted the “excellent” voyage performance of the MV Ocean Drover shipment of sheep and cattle from Fremantle to Kuwait/UAE in the last month.

In late May/early June, the MV Ocean Drover was chartered by Kuwait Livestock Transport and Trading Company to transport 56,915 sheep and 135 cattle from Fremantle to Kuwait and the United Arab Emirates. One steer and 62 sheep died on the voyage, equating to a success rate of 99.9 percent for sheep and 99.3pc for cattle, Wellard said.

No mortalities were attributed to heat stress by the Australian Government accredited on-board veterinarian, and respiratory rate and panting scores were largely recorded as being Level 1 (normal) apart from mild panting on one deck towards the end of the journey.

Wellard said the “excellent result” was achieved despite wet bulb temperatures (WBT – a measurement of heat and humidity combined) exceeding 28C from Day 8 of the 15-day voyage, with a maximum 34C WBT recorded. 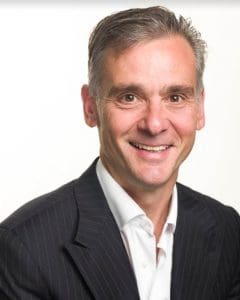 “The success of this voyage with almost 57,000 sheep on board demonstrates that modern ships with good ventilation and reduced stocking densities can achieve excellent animal welfare performance, even when hot and/or humid conditions occur,” said Wellard executive chairman John Klepec.

It was the last voyage before an industry-led, three-month Middle Eastern Northern Summer shipment moratorium began, but would have been banned under proposed new heat stress standards, Wellard said.

“The voyage’s success also casts considerable doubt on whether the unconditional 28C WBT maximum proposed by the Heat Stress Risk Assessment Technical Review Panel, without any consideration of ventilation or temperature fluctuations, is the right figure or model,” Mr Klepec said.

The Heat Stress Risk Assessment Technical Review Panel was tasked by the Federal Government to assess and improve the live export industry’s existing heat stress risk assessment. According to its draft recommendations, if there was a 2pc chance that a voyage would incur a WBT of 28C at any stage during the voyage, then the voyage should be prohibited.

Wellard said the 28C WBT limit (for a 56kg adult Merino wether, condition score, winter acclimatised) proposed by the Technical Review Panel was largely derived from an experiment using eight sheep in a heat chamber at a WA University.

Under the Technical Review Panel’s draft regulation, the recent MV Ocean Drover shipment to Kuwait would have been prohibited from sailing.

“The results from the recent MV Ocean Drover voyage, with 57,000 sheep in a real life environment are more relevant for the assessment of heat stress and risk than the results from eight sheep in an artificial heat chamber,” Mr Klepec said.

“Our sample size is exponentially bigger and the conditions on-board are reflective of the real world.

“We support using science to implement improvements, but the science has to be robust,” he said.

“If the proposed regulations were adopted as recommended, it would have prevented a good voyage, prevented price competition for farmers’ surplus sheep and restricted farmers’ ability to free up pastures for pregnant ewes or ewes with newborn lambs.”

“The live export industry’s heat stress risk assessment needs to be predictive, objective and scientifically robust, put simply we need to take a sophisticated approach not a sledgehammer to the industry.

“Ten years ago the industry would have thought recording just 60 mortalities on a voyage of almost 57,000 sheep was unachievable in the Middle Eastern winter, let alone the shoulder months to Middle Eastern summer,” he said.

“The industry has made massive advances and we need to assess the changes we have made and the progress we have achieved before imposing a system, based on less than robust science, that on some analyses would ban live sheep exports for up to 10-11 months of the year in most circumstances.”