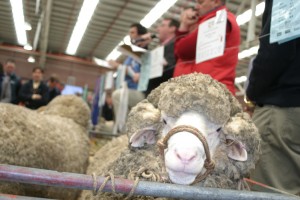 And the latest genetic gain figures indicate that the service is helping wool producers make more money from fibre and meat.

MerinoSelect project office Luke Stephen said in the past 12 months, more than 130,000 animals have been submitted to the MerinoSelect database, nearly 12,000 above the number budgeted for in 2013-2014.

He said the top 20 percent of flocks on rate of gain are delivering $2 per ewe joined per year more than the bottom 20p of flocks in MerinoSelect.

“There has been proven genetic gain year on year for all the key production traits in MerinoSelect.

“This includes a 3kg gain in yearling weight (YWT) and an 8pc improvement in yearling clean fleece weight (YCFW) since the launch of MerinoSelect,” Luke said.

“This has been a significant increase on the rate of genetic gain since most breeders started testing sheep in the late 1980’s.

“With varying breeding objectives in the Merino industry there are breeders that have made much higher rates of gain for different traits,” he said.

But breeders achieving the average rate of progress using the Merino Production Plus index were increasing their profitability by nearly 67 cents per ewe joined per year.

Luke attributed the increased involvement to a combination of commercial producers asking for more information and breeders looking to get involved to provide clients with a ram selection tool to help increase profitability.

“There has also been a number of the larger scale commercial woolgrowers that breed their own rams decide to use the service to improve their own enterprises.” 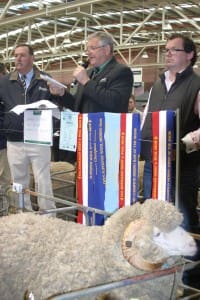 Luke said it is estimated that 30pc of Merino rams sold annually in Australia had MerinoSelect ASBVs.

“In addition to this, close to 70pc of semen sold annually comes from Merinos that have MerinoSelect ASBVs.

“There is always more potential to grow the animals using MerinoSelect and there appears to be a lot more positive interest from ram breeders about joining MerinoSelect.”

“There has been a rise in the use of DNA tests for parentage and poll status which will not only help improve the accuracy of information but improve confidence in the technology.”

Director of the University of New England’s Animal Genetics and Breeding Unit, Dr Rob Banks, said genetic progress in sheep helped maintain the competitiveness of sheep production as a land use.

He said there is room for improvement, but genetic progress is improving returns faster than the cost-price squeeze is eroding them.