Merino industry needs to ‘take the wool goggles off’ AUSTRALIA’S Merino industry needed to “take the wool goggles off” and aim for a resilient highly reproductive wool and meat producing sheep, producers were told at a Lambs Alive forum in Cavendish this week.

The progress of Cavendish Merino breeders Ricky and Russell Luhrs in building a resilient highly fertile, meat and wool producing was profiled during the workshop.

The Luhrs have sought new Merino genetics to boost the reproduction, genetic fat and muscle traits in their flock, while retaining or increasing wool cut. They have introduced containment areas and rotational grazing to better manage a higher stocking rate, pastures and crops. 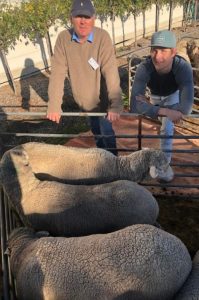 He believes body wrinkles are being eliminated by targeting fleece weight and staple length. They have ceased mulesing and their wool is contracted to New Zealand Merino.

“To achieve that 5.2kg we are getting at the moment, it is all in the staple length on plain-bodied sheep.”

Ricky said there are definitely sheep out there that can do both – wool and meat production – and he was aiming for a Merino that suited his conditions, where there is a need for genetic fat for resilience.

He said genetic fat is the most important trait, allowing a ewe to have reserves in tough times and pass this onto lambs. Lambs Alive co-ordinator Jason Trompf said research had shown that even at optimum birth weights in Merinos of 5-6kg, increases in fat were co-related with higher lamb and weaner survival.

Ricky said he selected, and was aimed to breed, Merino rams with high Australian Sheep Breeding Values for post weaning and yearling weight for early growth, eye muscle and fat, clean fleece weight and high staple length. These traits gave ewes resilience, helped lambs in cold conditions and opened up opportunities for turning off Merino wethers as lambs in a tough season and for joining ewe lambs.

“Muscles, carcase, protein is the most consistent market that we’ve had for a long time.

“But we’ve got to set our expectations to reality; if you want a dual purpose animal that is going to give you a good carcase, frame and wool, that’s protein,” he said.

“They can only eat so much, it’s where we decide to put that protein.”

“I actually reckon that 5.2kg (fleece weight) might be a little bit modest with shearing three times in two years – we haven’t been through a full cycle yet.” 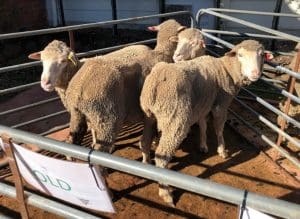 Dr Trompf said the 2006 census indicated that 87 percent of Australian farms with sheep had Merinos, by the 2016 census this had dropped to 67pc.

“In this theme of resilience, I think the Merino industry as a whole has to step back and think about what is required to build a more resilient Merino industry.”

He said this meant building animal that has more than one avenue of income, has good reproduction rates and lamb at a younger age, and can perform better under nutritional stress.

“So we need to take the wool goggles off, because if we continue to put high fleece weights on the body weight of an animal … once you get up beyond 10pc of their body weight in wool, you start to trade off in a lot of these other areas.”

He said wether trial data showed many of the teams were cutting 12-13pc of their body weight in wool and when they condition score those wethers, “the skinniest teams are those with the highest fleece weight to body weight ratio.”

“So there needs to be an optimum in this pursuit of wool cut balanced with the other areas,” he said.

“I reckon the Merino industry has to mature into a total productivity industry rather than just a wool industry.”

He said farmers like Ricky Luhrs are opting to stay with Merinos because they are breeding a ewe that cuts over 5kg of wool, producing more than 100pc of lambs each year and sheep that can lamb as a ewe lamb and perform under nutritional success. 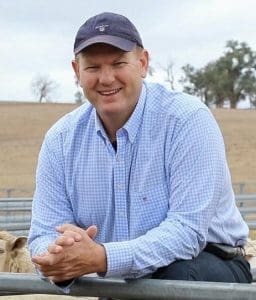 Dr Trompf said Lambs Alive champion Lyndon Kubeil at Violet Town has dropped 2kg in wool cut, from 8kg to 6kg, but has gone up 45pc in number of lambs marked.

“Yet there are people who say, hang on you dropped wool cut, aren’t we interested in the total productivity of this outcome and the ability to function in variable seasons?

“So we’ve got our eye on the prize and I reckon what is happening is the commercial industry is firing in that direction.”

Dr Trompf said although the Australian sheep flock was under stress, dropping below 70 million, with about 35-36 million breeding ewes. But its gross value of production had doubled in the last 10 years due largely to sheep meat and wool values, combined with a 10pc increase in lamb marking rate and a 3kg increase in carcase weight.

“I reckon whether you are a Merino enterprises, as far as your ewe base, or a non-Merino enterprise this is key performance indicator for all you farmers – how many kilograms of lambs you can wean per hectare.” 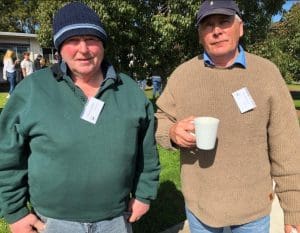 For details on the next Lambs Alive forum at Greta on September 20 click here.