Melbourne wins out in bidding contest for Lambex 2020 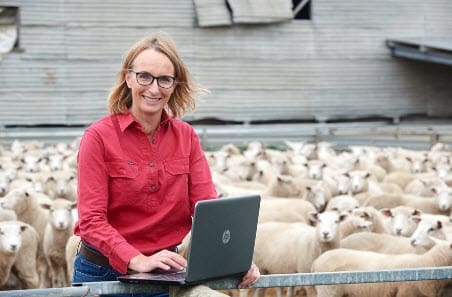 VICTORIA has won the right to hold the prestigious Lambex conference in 2020, returning the lamb industry expo to the state for the first time since 2012.

And the annual BestWool BestLamb Conference normally held in Bendigo will be merged with Lambex 2020 at a venue in the state’s capital, Melbourne, to maximise patronage.

Lambex is Australia’s leading lamb, sheep and sheep meat industry-focussed event and has been held every two years since it was first hosted in Perth in 2010.

Prime lamb producer and agribusiness professional Georgina Gubbins will chair the Lambex executive committee for the Victorian event, expected to be held in June 2020 in Melbourne for the first time, for the benefit of interstate and international delegates.

Ms Gubbins the second Victorian Lambex will be supply chain and consumer-focussed, with some strong take-home messages for producers.

“We are getting underway and starting to develop the program now.”

Ms Gubbins said the Victorian committee was also being formed. Two other bids to hold the 2020 event were made by Geelong and Hobart.

“We are a great lamb-producing state and it is a great contributor to Victoria’s economy.

“I think there is a great lamb producer community and it’s all part of getting together to produce a better product and more of it for our consumers,” she said.

Ms Gubbins said over the next 18 months the committee will be working to bring the latest research and industry developments to the conference.

The chair of the 2018 Lambex committee Bindi Murray said the Melbourne location will take advantage of a great opportunity to bring the sheep production industry to one of Australia’s largest metropolitan consumer bases.

“I’m pleased to be handing over the LambEx baton to another great sheep producing state and passionate sheep farmer in Georgina.

“The team that brought together the 2018 event certainly wishes Victoria all the best as the planning starts,” she said.

“I would also like to thank the teams from Geelong and Hobart for putting in two very well-supported bids and backing LambEx.”

Ms Gubbins said work will start in earnest on conference development in the new year but at this stage, the event is likely to be held in late June and the search for a suitable venue has started.

“The Best Wool Best Lamb team at Agriculture Victoria are supporting us as we bring LambEx to Victoria and they have kindly offered to merge their annual conference with LambEx in 2020 so it’s going to be a great opportunity for local producers.

“We’re very much looking forward to showcasing the Victorian sheep industry to our interstate and international visitors too and hope to be able to roll out many of the features which LambEx is known for across the nation,” she said.