NEW South Wales’ first draft timeline for implementation of a mandatory electronic identification system for sheep and goats has failed to get the support of meat processors.

Under a proposed timeline released late last month, all sheep and farmed goats in New South Wales would have electronic tags for off property movement by 1 January 2027, followed by a bedding down period.

The draft timeframe released by NSW Sheep and Goat Traceability Reference Group chair Dougal Gordon proposed the statewide mandatory tagging of all sheep and farmed goats born on or after 1 January 2025.

It proposed the start of mandatory processor scanning by 1 January 2024, and mandatory saleyard, goat depot and property-to-property movement scanning from 30 June 2024.

Under the draft NSW plan, sheep and goats in the state are unlikely to be traceable in line with the National Livestock Traceability Performance Standards until 2027/2028 at the earliest. 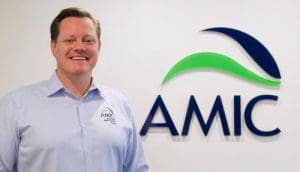 Australian Meat Industry Council chief executive officer Patrick Hutchinson told Sheep Central the New South Wales Government’s draft plan for the implementation of sheep and goat EID is not one that AMIC can support at this stage.

“Whilst AMIC is supportive of the timeframe for the commencement of processor EID scanning in NSW, which aligns to the nationally agreed go live date of 1 Jan 2025, AMIC does not support the NSW timeline pushing out to 2027 and holds concerns for the considerable delay between processor readiness and mandatory tagging of stock,” he said.

“Moreover, the proposed time delay between processors and producers adopting required changes, will likely mean that processor investments may sit idle for a protracted period after their installation,” Mr Hutchinson said.

“AMIC’s position has always been to support national harmonisation and, as such, we are awaiting further clarity on the national plan before endorsing any individual jurisdictional timelines.

“Any deviation in state timelines away from the national timeline will result in the roll out falling apart at state borders,” he said.

Getting the components of the EID rollout right is critical.

“AMIC’s position is for due consideration and harmonisation of timeframes, given the magnitude of impact across supply chains over many years,” Mr Hutchinson said.

“Alignment in timeframes across jurisdictions will streamline the rollout and enable consistent and clear communications to all stakeholders in the industry.”

A NSW DPI spokesperson said the proposed draft timeline for NSW is aligned with the agreement made by industry and government jurisdictions across Australia that mandatory implementation of electronic identification of sheep and goats should commence in 2022, with staged delivery of full supply chain capability by 1 January 2025.

“The timeline of staged rollout is still under development in NSW.

“The NSW Traceability Sheep and Goat Reference Group recently met for their third meeting to discuss timelines and are working together on a draft implementation plan,” the spokesperson said.

“The reference group is eager to finalise implementation timelines as soon as possible to provide sufficient notice for supply chain participants to plan and install required infrastructure.

“Implementation timeframes take into account the need to implement improved traceability requirements for sheep and goats in light of exotic disease threats, as well as the financial, operational and technical challenges that various supply chain participants will face.”

The spokesperson said NSW DPI and the reference group are sourcing further feedback from the sheep and goat industry, initially through one of eight sector specific online webinars, where they can learn more about the state’s transition to individual electronic identification and share their thoughts and feedback.

“The reference group is still in the process of collecting feedback from industry on the future of sheep and goat livestock traceability in NSW.

“There will be further ongoing industry consultation to drive a plan forward for NSW.”

‘Only one opportunity to get it right’ – NSW Farmers

A NSW Farmers spokesman said the move to mandatory EID for sheep and goats is the biggest reform the industry has seen for a long time, “and we’re only going to get one opportunity to get it right.”

“NSW Farmers wants to make sure we get it right the first time, and we’re working constructively with the NSW Government and NSW DPI to make sure this happens in a timely manner.

“Electronic tags are just one small component of this national traceability system, which is going to involve every state and territory government coming together and agreeing on one set of standards.

“This is far more complicated than buying a reader and a box of tags,” he said.

“We need to make sure we have a robust system that works right across the supply chain and that is both easy-to-use and fit-for-purpose.

“We need a nationally harmonised system, and we need everyone who uses the system to commit to its success,” he said.

“This is going to involve education and training on the new system, and capacity building right throughout the supply chain.

At the moment though, there are a lot of funding announcements and arrangements that are yet to be made clear, so we await more information from government on how it will all be paid for and in what timeframe,” the spokesman said.

“We saw from the COVID experience that wrangling the competing demands of each state and territory can be a bit like herding cats.

“But we owe it to our farmers, our supply chains and our consumers to get this right the first time.”

SPA is working with taskforce toward a national plan

Sheep Producers Australia chief executive officer Bonnie Skinner said the SPA as a member of the national Sheep and Goat Traceability Task Force, has been tasked to provide recommendations to the State Agricultural Ministers by December 2022.

“The SGTTF is currently working through the implementation to develop a national plan including timelines to guide all jurisdictions working towards the 1 January 2025 as a transition date.

“The SGTTF is reviewing all state-based relevant rules and systems, clarifying costs and funding to drive rapid and widespread adoption,” she said.

“This process is the first and an important step in implementing EID and essential to getting a national harmonised system in place that will work and support improved livestock traceability systems overall.”