There has been a great deal of media hype for years now around the live cattle trade throughout South East Asia and more recently China.

Surprisingly, the sheep and goat trade to this region still manages to fly under the radar despite some spectacular pricing.

Indonesia is a big consumer of goats with 99.9pc produced by small holders, each with a few animals housed in the back yard. This cottage industry approach is still sufficient to supply what must be millions of goats to the wet market supply chains across Indonesia.

Goat meat can be found in most wet markets throughout the country and many local restaurants have dishes containing kambing (goat) served as everything from curries to satays, nasi goring kambing and probably the most popular dish of kambing offal soup.

Male goats are the preferred item for the religious slaughter festival of Korban when male cattle, goats and sheep are sacrificed and the meat distributed to the poor.

Obviously finding enough money to buy one goat (or sheep) for Rp2.25 million (AUD$6.40/kg live wt) is much less financially challenging than purchasing a bull for AUD$1,500 and then giving the meat away! 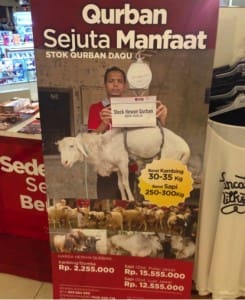 Advertising in Jakarta for sheep, goats and cattle for the Korban festival (2014).

There are very few large commercial goat producers in Indonesia but the Kambing Burja farm near Surabaya in East Java is probably the best intensive goat farm in the whole Asian region. 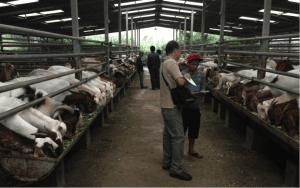 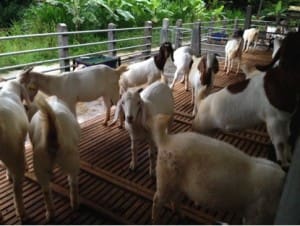 Angus has recently spent some time with his clients in China and reports that the prices there are even more impressive than those in Indonesia.

While travelling in the area around Guiyang in southern China (not far north of the Vietnamese border) he reported meat sheep prices at RMB36 per kg live and goat prices at RMB46 or (using RMB5 = AUD$1) AUD$7.20 and AUD $9.20 per kg live weight respectively. 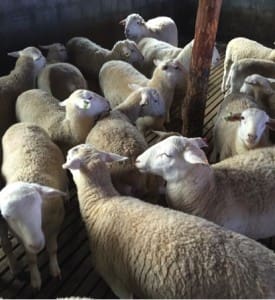 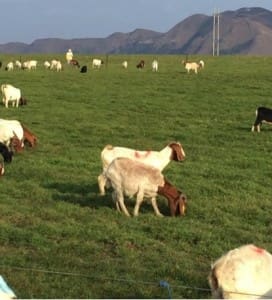 But all of those prices look mean compared to the rates on offer in Brunei where their Islamic culture includes a very strong tradition called “Akikah” in which the family of a new born child is expected to celebrate the birth by slaughtering two goats for a male and one goat for a female child.

All livestock are scarce in the jungles of Brunei so with a potent demand linked to the healthy birthrate, the prices are currently around Br$16 or AUD$15.20 per kg live weight for a male goat. 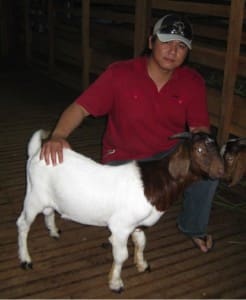 This 35 kg weaner produced in the south of Brunei is worth about AUD$530!

Regular shipments of sheep and goats are exported by air to Malaysia from a number of Australian cities.

These shipments tend to be slaughter males (mainly goats) with the basis of the trade built around the opportunities provided by very cheap back-loading airfreight rates.

The capacity for sheep and goats to support multiple births combined with a much shorter gestation period than cattle mean that importers can breed up large numbers quite quickly.

As a result of this favourable reproductive speed, Asian market will probably continue to be dominated by opportunistic airfreight and exports of high-end genetics.