MEAT Business Women tackled the issue of male-female workplace ratios, succession and diversity in the sector at a virtual forum this week.

Forum speakers were asked to comment on how many women should be in the meat sector; is a 50:50 split enough and “would it be better if it was all women,” by facilitator and MBW Australian Committee chair Catharine Heffernan on Tuesday.

“This has come about from a question the late US Supreme Court judge Ruth Ginsberg was asked: “How many women would need to be on the Supreme Court for it to be enough? and she famously answered nine, which was all of them’.” 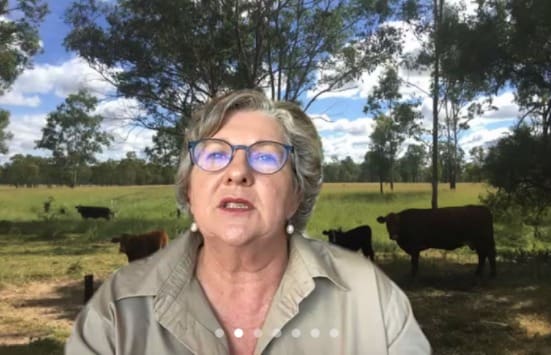 AgForce general president Georgie Somerset – turn up and speak up.

AgForce general president Georgie Somerset said she had been accused as being “quite a feminist” in her years of advocating for women, generating “quite a bit of negativity” from rural people.

“But I believe passionately that we absolutely need to reach 50:50, and what would be wrong with it being all women?

“I really feel we have to continue to strive for this; that the difference of thinking you get in a workplace and in a community and around a board table when you’ve got more women involved is just incredible and I’ve seen it happen,” she said.

“But certainly having the low percentage that we’ve got now means we are not accessing the diversity of views from women, from regional, from city, young, old, people with children, people without – all those different themes that allow us to better connect with our customer and society for our social license.

“I would be reluctant to say ‘all women’, because I think that we would miss out on the men’s point of views,” the chair of the Rural and Regional Affairs and Transport Legislation Committee said.

“I think that we do need though, many more women involved in leadership and management levels, as well as the broader jobs, because it allows us to make better decisions. 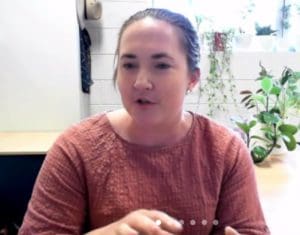 “That we have to reach a certain number or target and we sometimes lose the message of what we are trying to get out there.

“And so definitely we need more women in our sector, but I also think that we need to think about the type of backgrounds with different perspectives people are having in our sector, so it is not just people that grew up in ag personally.”

She said her family had no connection with agriculture, but she stumbled across it through her interest in animals and thought she had to become a veterinarian, but then was lucky to do a degree that was livestock-focussed to merge her way into the sector.

“I do think we need to consider how we engage with a variety of different people with backgrounds and also fitting all the needs of our sector as well.”

Ms Somerset said it was important to engage people of diverse views, backgrounds, culture, age and gender. She encouraged young women in the sector to seek out mentors that would ”open doors”, build relationships and strengthen networks. 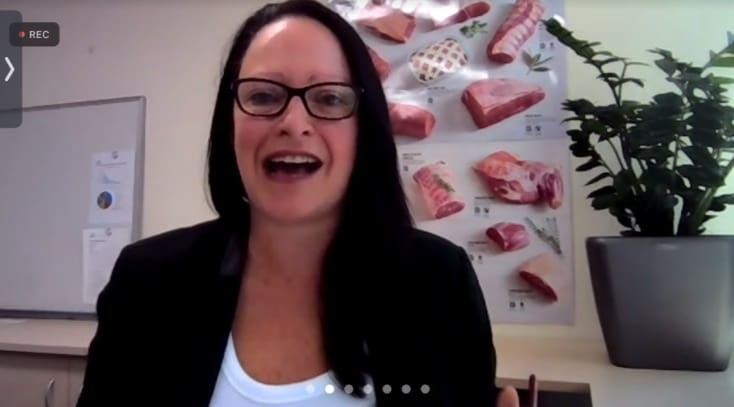 On overcoming barriers to gender balance in workplaces, Senator McDonald said the first step is “putting up your hand,” recalling how women she asked to apply for positions to manage her family’s butcher shops would give a long list of reasons “as to why not”, whereas men were more open to applying.

“Women often think they need to be over-qualified or to have done the job to apply for the job and that’s not the case for everybody.”

She said women leaving positions can also ensure other women replace them, as she did when she left the Australian Meat Industry Council board. Ms McDonald also encouraged women to make the network connections to engage and build relationships with decision-makers that facilitate advancement.

Dr Manning highlighted the “you can’t be what you can’t see” issue for students, who have pointed out that they are not seeing women in some roles. She advocated showcasing the roles that women have been successful in to the next generation.

Ms Somerset said the Australian Intercollegiate Meat Judging Association system has been a pathway for young women coming into the meat industry.

“So I think we’ve got to get better at profiling the women who are doing things and talking about them,” she said.

“It’s never easy, but you’ve just got to keep building your connections, you’ve got to be prepared to have the conversation.

“If you feel strongly about what you want to do and where you want to be, I think you will find the courage to do that,” Ms Somerset said.

She said it is easier to reach out and set up meetings virtually than at a function.

Ms Somerset challenged forum participants in the next week to reach out to a new contact, set some targets about conversations they want to start and people they want to meet.

“Identify the people or the organisation you want to get involved in.”

Relating her experience with Women on Boards, she said forum participants need to clear about the impact they want to have, how they want to be involved and reach out to mentors.

“Think about the letter you want to write to yourself next Christmas, what is it that you want to achieve in your job, what impact you want to have on the industry, what are the conversations you want to start?

“It gives you some definition around the steps you are going to need to take if you want to be more involved in things,” she said.

“You need to turn up, you need to speak up, we do have things like elections in a lot of our industry bodies, you have actually just got have a go at them.

“What is the worst possible thing that could happen – you go back to your job?”

On quota versus the best person for the job, Senator McDonald said she would “absolutely hate” being appointed to anything as the “token chick” rather than the opportunity to “play on a level playing field”.

“All I ask is that there is the opportunity for me to have a go to present.

“And that’s what I’ve lived my life on; is turn up, show up, be ready, be prepared as Georgie said, have done your homework.”

She said quotas are really dangerous because they potentially allow people to be tagged as perhaps not ready for the job.

“There are plenty of capable women around, we just have to make sure we are supporting them, promoting them to opportunities and then replacing them; don’t let that be the only woman who ever filled that role.”

Mr Manning agreed with the senator and Ms Somerset added that women who gain positions should try to improve the system for “the next batch”.

“So it’s not just about women, it is also about young people and people from diverse backgrounds.

“You can actually change the system,” she said.

“What you inherit, isn’t what you have to leave, and too often, I think, we don’t have the courage to change.”

“So I would say be bold and be brave, but when you get into leadership roles, don’t leave it as you found it, leave it far improved and much better for the next generation to come through.”

On recruitment of diversity, Ms Somerset said it is important to gain skills in understanding around people and culture and it is critical to ensure workplace are “psychological safe” for everybody.

“Women will be the first ones to step away if they feel psychologically unsafe; they will go and find somewhere else to work.”