MORE than 25 percent of pasture productivity could be lost by not matching stocking rate to carrying capacity during dry times, according to grazing consultant Bart Davidson.

With a message of importance to livestock producers about to release stock from containment areas, restock or assess stocking rates after recent rain, Mr Davidson said having the confidence and impetus to make decisions on grazing management in tough seasons is a powerful mental step forward. 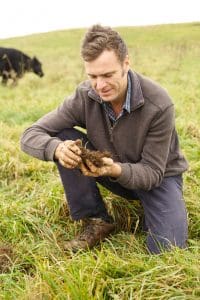 The MaiaGrazing consultant will be a guest speaker at the MerinoLink and Merino Lifetime Productivity Project field day at CSIRO, Armidale, on June 20.

He believes farmers tend to be trapped in a “mental model” of how their farm works in “normal years” and there was a time lag in catching up to the reality of drier or wetter than average years, which will usually bear out as a cost to production.

“Drought is not the problem, we have to get used to the fact drought is inevitable – blaming the weather is just us kicking the cat,” Mr Davidson said.

“This is all about me as a manager deciding what information I need to make better decisions at a time when it is going to benefit me, the family and the farm, and not make those decisions when it’s too late.”

Mr Davidson considers himself a mathematical agronomist and, along with a broad team, has developed an on-line grazing management tool to maximise pasture and profit in good and poor seasons.

The tool gives producers the ability to unlock strategies for optimising grazing pressure and stocking rate in a timely manner.

To illustrate the power of information in dry times, Mr Davidson monitored a 150 hectare paddock over four years to assess the impact of overgrazing on its productive capacity.

“If productive capacity changes, the ability of the paddock to convert moisture into grass has either improved or degraded.

“Depending on the resilience or fragility of the soil and pasture, it will be damaged (by overgrazing) ,” he said.

Mr Davidson said he followed every grazing over a four-year period of the monitored 150ha paddock, and found an opportunity cost of 1.27 tonnes of dry matter per hectare – grass it would have grown if grazing pressure was reduced at key times, and increased when seasons allowed.

“The paddock lost $127/ha worth of production at replacement cost on the dry matter.

“Over 150ha, the cost is above $24,000 and we found as long as 33 months after being overgrazed, production was still down 30 per cent compared to the paddock’s long term capacity to convert actual rainfall into consumable grass,” he said.

Mr Davidson said software tools such as MaiaGrazing were fulfilling a role of providing feedback loops, or grazing literacy, in livestock systems.

MaiaGrazing also has an off-line app available for farms with limited internet coverage, and the software is operable on any device across an unlimited number of properties.

“Our challenge is to make it easy enough for every grazier to want to have a go at taking control of their data and making better strategic decisions, and moving away from just blaming the weather,” Mr Davidson said.