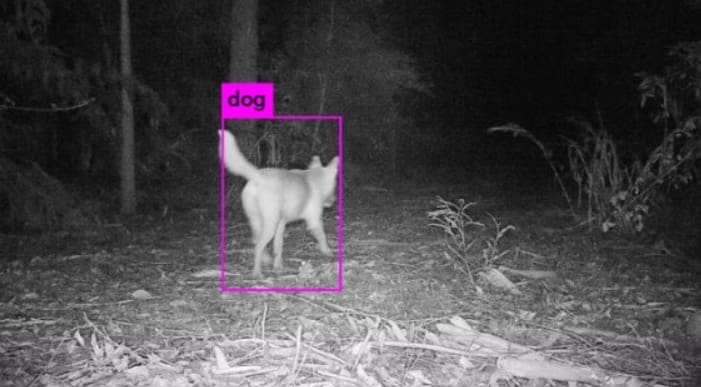 A wild dog photographed with a remote monitoring camera. 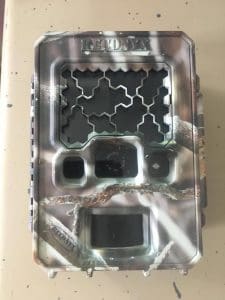 The Rural Crime Prevention Team from the Coffs-Clarence Police District is seeking information in relation to the theft of 27 Reconyx HC600 Hyperfire wildlife monitoring cameras from the park, in the New England region of the state.

The cameras had been installed as part of a strategic wild dog, fox and feral cat monitoring program in conjunction with Department of Primary Industries, National Parks and Wildlife Service, the University of New England and local landholders.

Police believe the cameras were stolen between 9 and 18 April 2019. All cameras are security coded and useless to anyone without the codes. 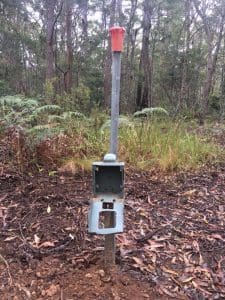 The theft has sparked a rush of comments on the Rural Crime NSW Police Force Facebook website, including from people who sympathised with the camera owners to others who believed the cameras should have been hidden or not put in parks. Click here to check out the comments.

Northern zone co-ordinator with NSW Police’s Rural Crime Prevention Team Detective Sergeant Bennett Nolan said the theft of the cameras and their data is very concerning, as it could have a flow on effect on a wild dog baiting program in the region.

“Our farmers face enough challenges and these programs help to ease the pressure of livestock losses through dog attacks, so any threats to the success of the program is a threat to the livelihood of our farmers.

“We would strongly encourage anyone who thinks they might know something about this incident to get in contact with us, as even the smallest piece of information can help.”

“We have hundreds of cameras that have been out into the field for years and unfortunately we couldn’t get to the Glen Innes cameras as planned because of other work demands.

“So not only have we lost the cameras, the cards and the batteries, but we’ve lost all of the data,” he said.

“That means it has left a huge hole in our data set for that area over that period – about six to eight weeks.”

Dr Meek said the cameras were also part of a longer term predator research, which aims to reset the landscape to one of lower wild dog, feral cat and fox impacts upon fauna, livestock and society. The monitoring data collected would be used to provide a benchmark for predator management decisions across the landscape. Use of the camera data to inform the baiting necessary for fox, cat and wild dog control was part of the project, he said.

“It would also us to put together individual recognition data.

“So over a period of time you start to see patterns emerge of individuals and family groups,” he said.

“But it is also part of a longer term study looking at the activity patterns of dogs, foxes and cats and their interactions in those landscapes.

“It has got huge implications for us, it is another significant loss.” 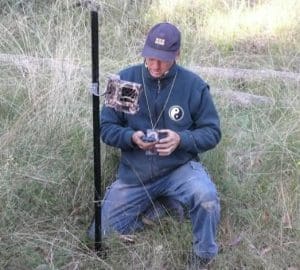 Dr Meek estimates that cameras valued at more than $100,000 has been lost due to theft or damage by the multi-agency research group working out of Armidale and Coffs Harbour. With batteries and cards the cameras would be valued at about $800 each, he said. Another 12 cameras were stolen from the park about eight months ago.

Dr Meek agreed that the camera theft would have an impact on livestock predation and wildlife management programs in the region.

“Absolutely, what we are doing is monitoring what is going on with the populations (wild dogs, foxes and cats), and that’s directly related to land management in those areas.

“The information that we gather from monitoring is what we use as our benchmarks for understanding the population dynamics of the dogs, the foxes, the cats in relation to that site, and then we can also use it as a benchmark during aerial baiting campaigns to see if they are effective.”

Dr Meek believed the cameras could be being taken by people who did not want anyone recording their activities in the area.

“All of our cameras are code-locked so they can’t use them – the only thing they can use are the batteries and the SD cards.

“The data is the critical thing – even if they blindly sent those cards to us in an envelope we would be appreciative.”

Police would urge anyone who saw any suspicious activity in the area, or who has any information that could assist the investigation, to contact their local police station, the Coffs/Clarence Rural Crime Investigator on 02 6642 0222 or Crime Stoppers on 1800 333 000.