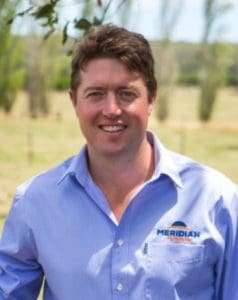 CURRENT market conditions and livestock prices were making it more rewarding than ever to invest in soil fertility, according to Meridian Agriculture farm business and livestock adviser, James Whale.

“Over the past couple of years, we’ve seen increasing livestock prices and that’s allowed gross margins to almost double,” the Hamilton-based adviser said.

“This upturn has had a major impact on the returns grazing businesses can expect to achieve from capital fertiliser applications through increases in productivity.”

Mr Whale believes graziers who invest in lifting soil phosphorus fertility today are likely to reap impressive rewards for years to come. Superphosphate is one of the most effective capital investments available to most grazing businesses, although it is often underestimated, he said.

“While it’s no secret that pastures need phosphorus to grow, a lot of graziers aren’t aware of their soil’s fertility or how much it could be holding them back.”

To illustrate the potential for high returns, Mr Whale developed a scenario based on a typical commercial livestock enterprise in the western district of Victoria.

His analysis found that a grazier could expect to increase per hectare net returns by over $200 per annum by investing in phosphorus and making the most of the extra pasture growth it generated.

In the scenario, the farm has an average pasture growing season of eight months and low soil fertility (Olsen P of 8).

By making additional capital applications of superphosphate over three years, so that soil fertility increased to an Olsen P of 15, Mr Whale said the stocking rate could be expected to increase from 10 to 17.5 DSE/ha. The scenario assumes phosphorus is the only nutrient limiting pasture growth.

Even accounting for expenditure on additional livestock ($100/DSE), the economic analysis predicted an internal rate of return of 37 percent from the investment in fertiliser over 10 years.

The scenario assumes a fertiliser cost of $350/tonne for superphosphate spread in the paddock and enterprise gross margins of $50/DSE.

However, Mr Whale said capital phosphorus was still likely to be a very profitable investment even at higher fertiliser prices and in times of lower enterprise gross margins.

“I’ve worked it through at $500/tonne for superphosphate and gross margins of $25/DSE and the internal rate of return was still 15pc, which would look good against most share portfolios and is a country mile ahead of bank cash rates,” he said.

Mr Whale noted that the investment in capital P fertiliser (in this scenario a total of 62kg/ha of phosphorus or 705kg/ha of superphosphate over three years) and the costs associated with increasing livestock numbers all occurred in the first three years.

Importantly, he said the pastures didn’t need to be the latest release or highest performing species.

“While a lot of farmers look to pasture renovation, my message would be get soil fertility right first.

“It’s amazing how fertiliser can turn a tired paddock around.”

The expected increase in stocking rate in Mr Whale’s economic scenario is based on a formula developed by Saul & Kearney in 2002. They analysed results from the Triple P program involving 1000 commercial grazing sites in south eastern Australia.

“These sites were a total mixed bag, including improved pastures, annual pastures and a small proportion of native pastures, so we can be confident that capital fertiliser investments work across a wide range of pasture systems,” he said.

Mr Whale encouraged graziers to consider a capital fertiliser investment now, while the returns are so positive.

“If you’re making solid profits, now is a good time to reinvest into areas that will deliver long-term rewards,” he said.

“Raising soil fertility is most definitely one of these areas because it will keep supporting the grazing system for years to come.”

He suggested graziers see an agronomist to determine the need for phosphorus and other nutrients through soil testing, and a farm business adviser to assess the potential economic returns from capital fertiliser applications.