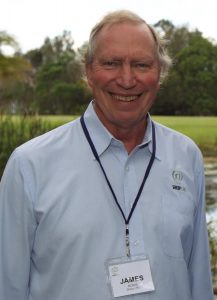 SHEEP genetic testing is booming in Australia as genomic test costs come down and uptake of new sampling technology improves.

The Sheep CRC said the sheep industry is embracing DNA testing programs at never-seen-before rates, with more than 24,000 genotyping tests and just under 75,000 parentage tests undertaken in 2018.

There has also been a rapid rise in the use of Tissue Sampling Units (TSUs) to collect DNA samples for analysis in response to improved efficiencies with the sampling process, easier sample management, advantages in the analytical process and reduced price of the technology to reflect these improvements.

The Sheep CRC said the price of DNA testing has progressively fallen since it was first introduced to the industry on a commercial basis in 2013 when Sheep Genomic tests were retailing for $50 (plus GST).

“Sales since then have rapidly increased as sheep breeders have recognised the returns on investment available to them from the information obtained from genomic testing,” he said.

Prof. Rowe said more than 17,000 of the 15K sheep genomic tests were sold in the second half of last year after the price reduction, with more than 95 percent of those samples collected using TSUs.

“This shows a clear preference for the new and easier sampling system over the older and more expensive blood card method.

“TSUs contain the DNA sample in a form that is much easier to analyse and it also provides improved efficiencies in sample handling,” Prof. Rowe said.

Prof. Rowe said the lower price of the 15k genomic tests made them more appealing to breeders who had only used the parentage test in the past. The 15k test provides significantly more genomic information while still providing all of the parentage and horn-poll information, he said. 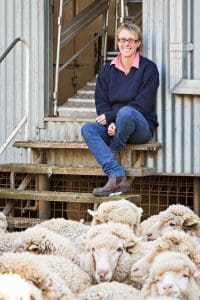 A major contributor to last year’s increased DNA testing was the MerinoLink/UNE DNA Stimulation project co-funded by the Meat & Livestock Australia Donor Company and supported by the University of New England and Sheep Genetics.

The Sheep CRC said the project has 29 ram breeders participating, plus 17 commercial producers breeding their own rams and 60 commercial producers who purchase rams. The MerinoLink/UNE DNA program involves a total of 70,000 DNA tests distributed across parentage, 15K sheep genomic tests and genomic flock profiling, supported by reduced cost of tests through the project.

The value of DNA testing to improving sheep breeding programs has been evidenced by the post-project commitment of the group to purchase a further 40,000 tests at full commercial rates during 2019 as participants seek to consolidate on the progress made in 2018, the Sheep CRC said.

Stimulation project manager Sally Martin said the project’s aim is to double the rate of genetic gain in the participating group of flocks.

“In the past, industry has used genetic selection tools in an ad hoc nature – this project is about developing detailed plans with ram breeders and commercial producers to work out the fundamentals of their breeding objective and how to strategically use DNA testing to achieve that,” she said.

The project participants have access to specialised advice to adjust and enhance their breeding programs so they can maximise the return on investment from the information revealed by DNA testing and other tools.

“The tools that are used – whether it’s the 15k Genomic Test for studs, the flock profile test or benchmarking through RamSelect.com.au for the commercial breeders – all depends on what their business needs are,“ Ms Martin said.