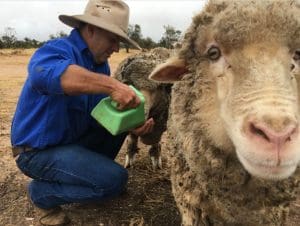 LONGREACH sheep and cattle grazier Dominic Burden has been appointed as the north Queensland representative on the AgForce Queensland Farmers board.

Mr Burden said he was looking forward to representing the north region, and delivering effective strategy and maintaining good governance as part of the AgForce board.

“I am excited about the future of AgForce as the benefits of our recent restructure combined with our policy and communications capabilities start to gain traction.

“AgForce will continue to develop both as an effective lobby group and as a centre for the development of sound and sustainable policy for Queensland agriculture,” he said.

“We have a critical role to play advocating on behalf of our industry to politicians and government agencies, as ultimately, the performance of agriculture as an employer and economic contributor is determined by the regulatory environment we operate in.”

“Dominic is well-known to AgForce members having served as our North West Regional Manager for 12 months while his family owned cattle and sheep property Macsland, north west of Longreach, was completely de-stocked,” he said.

“Dominic brings with him a breadth of knowledge of pest and weed management through his role as chair of Desert Channels Queensland, and has used his project management, stakeholder liaison, and planning skills to support the wild dog control effort in the central west.”