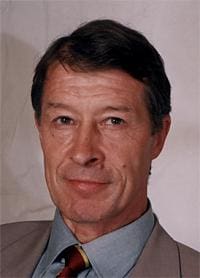 LONG-HAUL live export of sheep and cattle represents too high a risk to the animals’ welfare and should not be conducted, a leading world animal welfare expert has claimed.

Cambridge University’s Emeritus Professor of Animal Welfare Donald Broom has told a Perth conference his position is based on several different areas that pose significant risk to sheep during long-haul sea transport.

And he doubted that the in-transit risks to sheep in long-haul shipments could be reduced enough to allow shipments to continue, although citing a further problem of animal treatment at destinations, which could “theoretically be reduced.”

Professor Broom told Sheep Central the proportion of the public, and of people involved in meat production, who are concerned about animal welfare is increasing in all countries, but it is likely to take more years in some countries than in others.

“The level of concern is quite high in many countries that buy Australian products.”

“It seems unlikely to me that the risk of too high a temperature can be avoided for a realistic cost,” Professor Broom said.

“Second, there is a risk of diseases developing in animals during the transport, and we have now some evidence about how often that happens, and it does happen significantly.”

He said some of the feeding problems are lower now than at times in the past, but he doubted that, at present, the risk of dying through inanition is predictable enough to change it much.

“Since the welfare is not good during long-distance sea transport, many animals have impaired immune system function and are more vulnerable to disease.

“The risk of disease is therefore unlikely to be reduced much,” Professor Broom said.

“The longer the journey, the greater the risk of encountering adverse sea conditions, and there’s no doubt these can be very bad for the animals.

“Those are four different areas where there is a significant risk, and if you look at the whole risk of a long journey, it seems to me the risks are too high,” he said.

Professor Broom was the world’s first Professor of Animal Welfare and has held the position at Cambridge since 1986 and served on multiple United Kingdom and Council of Europe committees.

“There is a major reputational risk for Australia as a whole – not just animal products or farming,” he said.

“When the public sees there’s another disaster, and lots of animals have died, that’s a bad thing for the whole country, not just the industry.

“The risks of long distance sea transport are too great, and therefore, it shouldn’t be done,” said Professor Broom.

Parts of Professor Broom’s Perth presentation were distributed by RSPCA Australia, which also released details of a Department of Agriculture independent observer summary report from the May 2018 voyage of the Al Shuwaikh from Fremantle to Kuwait. The RSPCA said the report outlined that for eight days sheep were “open mouth breathing” (indicating severe heat stress) as they “attempted to gain position around the ventilation vents on all open and closed decks”, leading to multiple cases of “death by smothering.”

The report also said the heat stress of sheep was worsened by “oil fuel heaters being left on during the equator crossing” and poor ship design with “dark coloured steel roof surface absorbing radiated heat from above.”

There were also significant welfare concerns during discharge, with animals left without feed for an extended period and of sheep vocalising loudly, the IO report said.

RSPCA Australia senior policy officer Dr Jed Goodfellow described the report as distressing, but sadly, not at all surprising.

Dr Goodfellow said the report was further evidence of the inherent suffering of live sheep export, and questioned why the Department took almost a year to release the report.

“This report is also a major indictment on the Department’s ongoing regulation of the trade.

“Given this knowledge, it is beyond belief the Department could still be willing to give the green light to sheep exports to the Middle East in May this year.”

“When introducing new regulations in March, the Department stated that ‘the risk of adverse welfare outcomes during May remains very low’.

“That couldn’t be further from the truth,” he said.

“This report was in the Department’s possession in June 2018 – to withhold its release until after the regulations for this northern summer period were made is very concerning indeed.

“It shows, yet again, that the Department of Agriculture cannot be trusted to effectively regulate live exports and that a truly independent regulator is urgently required.”