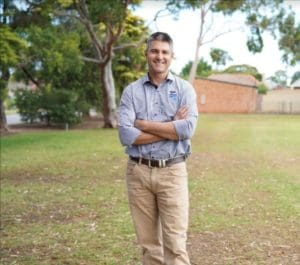 Mr Tobin, who recently relocated to South Australia, joins the organisation following CEO roles with the Cattle Council of Australia and the Queensland Farmers’ Federation.

Livestock SA president Joe Keynes said the board was excited to have secured an experienced and skilled CEO with significant policy and industry expertise to work on behalf of South Australia’s livestock producers.

“Travis has a strong track record in advocacy and organisational reform, and is known to many of our members and stakeholders.

“I am confident he will bring a fresh and invigorating approach to our organisation and advocacy agenda,” Mr Keynes said.

“During his time with CCA, he was a key driver in beef industry restructure and reformed policy development.

“I want to acknowledge the valuable efforts of Livestock SA staff who have continued to tirelessly support and advocate for producers, led by acting CEO Libby Tedstone, over the past few months.”

Mr Tobin has spent his career in various agricultural roles and originally hails from a sheep and cattle farming family in western New South Wales.

He was the director of food export programs and led policy development in the former Federal Department of Agriculture and Water Resources, implemented the first on-farm water efficiency program under the Murray-Darling Basin Plan in the former Federal Department of the Environment and Water, and was a departmental liaison officer and adviser in the Office of the Deputy Prime Minister.

In other industry roles, Mr Tobin led the transition from government to industry-controlled extension services for the Ricegrowers’ Association of Australia, worked in agribusiness banking, and held senior management roles in the drilling industry.

“Advocating on behalf of SA’s livestock producers is a significant responsibility and, given the importance of the livestock industries to the state’s economy and regional communities, effective representation is absolutely vital.

“SA’s livestock industries boast such a rich history, with hard-working rural families producing the highest quality red meat and wool while sustainably managing a huge portion of the state’s landmass,” he said.

“They all play a key role in providing sustainable food and fibre into the future.

“Livestock SA must continue to articulate these economic, environmental and food security imperatives, and effectively work with government and other sectors of the economy to strengthen the policy framework that enables producer productivity and profitability.”