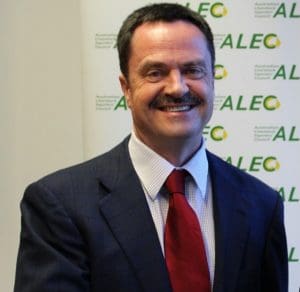 AUSTRALIAN live sheep and cattle exporters will conduct a series of roundtable meetings with the Minister for Agriculture David Littleproud in coming weeks to find ways to lift ‘bureaucratic red tape and regulatory overkill’ imposed on trade.

In a letter to Australian Livestock Exporters’ Council members this week, board chair David Galvin said the minister has pledged to sit down in good faith with the industry and go through issues of concern “line by line”.

The development follows significant unrest among WA exporters in the wake of the Department of Agriculture’s decision not to grant an exemption to the Al Messilah vessel to sail from Fremantle to the Middle East.

New rules implemented following the release in 2018 of footage showing Australian sheep suffering from heat stress en route to the Middle East now prevent the shipment of sheep from Australia from June to September into the Northern Hemisphere summer.

The Al Kuwait was scheduled to load and depart WA with 56,000 sheep weeks before this year’s moratorium came into effect on June 1; however, a COVID-19 outbreak among crew members of the ship forced the ship into lockdown upon its arrival in Fremantle, pushing the departure time for the consignment beyond the deadline.

The department ruled last week the shipment now cannot proceed, meaning the exporter, Rural Exporters and Traders WA (RETWA), will now be forced to sell the 56,000 sheep to local processors and incur a significant financial loss.

In his letter to members sent last Sunday night, Mr Galvin said he shared the frustration of ALEC members in the “inordinate amount of time” taken by the department to assess the exemption application from RETWA, “and the fact that third party submissions by known opponents to our industry were considered as part of the decision making process”.

“This exemption process has; however, brought to a head the regulatory inefficiency that is crippling our industry,” he said.

“The devolution of approved arrangements, the time delays in approvals and the lack of practical understanding of the industry within the department is costing your businesses immensely.”

He said the Al Kuwait issue of recent weeks has identified that regulatory reform is urgently needed for the sustainability of the industry. Mr Galvin said the COVID-19 period had demonstrated the livestock export industry is one of the “most resilient industries in the country”.

It had continued to operate “near unfettered” through the whole period, without Government assistance or stimulus. On average the industry exported over one million cattle and 1.8 million sheep annually at a combined value of over $1.4 billion, of which $720 million was retained by cattle and sheep producers. The industry was responsible for the employment of over 13,242 fulltime positions, he said.
“Despite this, the industry is faced with the prospect of dramatically increased government fees and charges as cost recovery arrangements are reviewed in lockstep with diminishing regulatory service levels,” Mr Galvin said.
“Never has the maintenance of international trade been more important.
“As a country we should be doing our utmost to facilitate this, while upholding high animal welfare standards, to respect these longstanding relationships and to service food security needs globally.”
Mr Galvin said the ALEC board had met several times last week to consider these issues and from these discussions, ALEC’s primary mandate is to seek regulatory performance improvements.

“I have since had a positive discussion with Minister Littleproud on Friday.

“From this, ALEC and the minister will be conducting a series of roundtable meetings to identify where these inefficiencies lie, with the aim of seeking efficiencies and lifting bureaucratic red tape and regulatory overkill.”