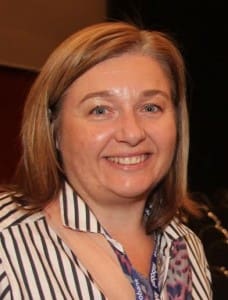 “This year we have further extended the use of additional supply chain controls in markets.

“Additional restrictions on the number and manner by which Australian sheep will be available to the public have been put in place, but undertaken in a manner that allows the public to practice important religious observances of Eid al-Adha such as donating meat to the poor,” she said.

Under the Exporter Supply Chain Assurance System (ESCAS) requirements, Australian livestock must not be sold outside of approved supply chains and cannot be purchased for home slaughter or for slaughter at facilities that have not been approved as meeting international animal welfare standards.

Animals Australia communications director Lisa Chalk said Animals Australia welcomes any additional measures that will reduce the suffering of the hundreds of thousands of animals slaughtered whilst fully conscious during Eid al-Adha.

“However, there is absolutely no excuse for hundreds of sheep again facing brutal slaughter in Kuwait.

“This is ongoing deliberate selling in breach of ESCAS and it simply would not be happening if the Department of Agriculture had meted out meaningful penalties for breaches over the past four years,” she said.

“Compliance with ESCAS is possible, but it will only occur when exporters have reason to fear the consequences of not doing so.

“If hundreds of sheep were subjected to horrific abuse here in Australia there would be a public outcry and those responsible would be prosecuted,” Ms Chalk said.

“The obvious question is why exporters are not being made similarly accountable, when preventing this type of abuse in importing markets was the reason these regulations were put in place.

If Australian sheep are for the fourth year in a row subjected to brutal treatment in Kuwait, the Australian public will demand the exporter responsible faces appropriate consequences,” she said.

“Every additional condition that DA has placed on export companies has failed, making it clear that nothing less than suspension of licence or prosecution will provide the needed wake up call.” 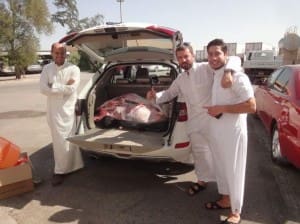 In Bahrain and Qatar, and in major slaughterhouses in the United Arab Emirates and Oman, Australian sheep will only be available through the “Mecca Model” of a ticket-based carcase sales system.

“This system allows local consumers to buy tickets at one end of the facility and collect carcases at the other.

“In between the only people handling and slaughtering the livestock are trained stockmen and slaughtermen who are practiced in Halal requirements and operating in abattoirs that meet Australian ESCAS regulatory requirements,” Ms Penfold said.

In Kuwait, one exporter has restricted the majority of sales to charities so the poor and needy have access to animals during the festival and implemented a home delivery service of dressed carcasses to control individual sales and selection pressures.

“The prices on offer are lower than the street price to encourage the public to buy from proper supply chains.

“The other importer will only process large orders under supervision at approved abattoirs in their ESCAS supply chain,” Ms Penfold said.

“In the remaining approved facilities in Kuwait, the UAE and Oman, live sheep sales will occur under restricted conditions with slaughter undertaken by trained slaughtermen under Australian ESCAS requirements and in approved abattoirs.”

In Jordan, Australian sheep will only be processed through closed loop facilities during the Eid period.

“We thank the many people who work with us to us to implement these systems during Eid – but we need to do more to address leakage of sheep out of approved supply chains in the pre-Eid period.”

Ms Penfold said that in recent weeks it is believed that a surge in demand for Australian sheep for the Eid sacrifice has encouraged increased illegal removal of sheep from Kuwait supply chains. 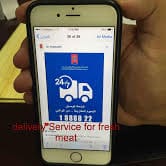 To try to address the welfare fate of any sheep illegally removed from ESCAS supply chains, importers are working with local authorities to campaign in social media and in the press to encourage the buyers of Australian sheep purchased at local markets to take them to one of the approved abattoirs in Kuwait for slaughter by trained abattoir personnel, Ms Penfold said.

“By no measure is this a claim by industry that we have done enough to prevent the leakage of Australian sheep, but importers are working to engage the public to get as many Australian sheep back into the controlled slaughter process.

“Exporters will review their systems at the conclusion of this year’s Eid festival with a commitment to identifying and implementing measures that prevent Australian sheep from being removed illegally from supply chains.”

Last month Animals Australia called for the suspension of the live sheep export trade due to the risk of heat stress and death during shipments. AA said Australian live exporters had continued to load tens of thousands of sheep for the Middle East despite the region sweltering through some of its highest ever recorded temperatures; and the increased risk of sheep suffering and dying on board vessels from heat stress.

There is an ever present high risk of sheep suffering and dying from heat stress on board vessels at this time of year due to animals having to cope with the dramatic change in conditions from the cold of an Australian winter into the high heat of a Middle Eastern summer, Animals Australia said.

“Watching sheep in respiratory distress is an incredibly sad sight.

“Live exported animals already have to endure enough during shipping and on arrival,” she said.

“Why not at least show some compassion and not send animals during these high risk summer months?”