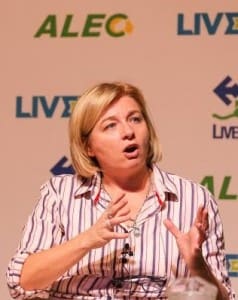 The attack on ‘red tape’ associated with the Exporter Supply Chain Assurance System comes as a proposed industry assurance program – the Livestock Global Assurance Program – is under review and development as a ‘research project’ by Livecorp and Meat & Livestock Australia.

“But the Australian Government must work harder and faster at addressing the regulatory cost burden, mountains of unnecessary paperwork and time-zapping, inefficient bureaucratic processes,” she said.

Demand from Middle East countries led by Kuwait and the UAE again dominated the live sheep trade, most goats were shipped to Malaysia and the leading live cattle importing countries were Indonesia, Vietnam and China.

But Ms Penfold said while the figures show that exporters were responding to strong demand for Australian quality livestock, they did so in the face of a number of significant business challenges and pressure brought on by Australia’s costly and “clunky, rigid and complex” regulatory system.

“The strong export figures are further evidence of the significant contribution the livestock export industry makes to the economy, to regional jobs and to leading improvements in infrastructure, handling and slaughter practices in our markets.

“But beyond the headlines exporters face a costly and inefficient regulatory system that places Australian exporters at a significant competitive disadvantage to all of the other 100-plus livestock exporting nations,” Ms Penfold said.

The livestock export industry was facing significant threats to its business from global competitors, such as Brazil which had significantly lower regulatory costs than Australia and the disadvantage was being exaggerated by the high prices being paid for Australian cattle, she said.

“The Australian Government has benefited from the hard work of exporters to make ESCAS work.

“Now they need to step up and address the fact that Australia’s regulatory costs are a godsend for our competitors who don’t have the same commitment to animal welfare as Australia,” Ms Penfold said.

“It is time for the Australian Government to play a greater leadership role internationally to drive more exporting nations to adopt the same industry animal welfare through chain assurance systems and protocols as Australia.

“It is simply the right and fair thing to do.”

An open letter on the LGAP website on February 1 said the program is not proposed to be a form of self-regulation, will not dilute ESCAS, but strengthen the assurance sought under ESCAS and strengthen the commitment, oversight and management of welfare along the supply chain through exporters and importers, and feedlots, farms and abattoirs.

“Any facility, anywhere in the world could be certified under the program regardless of the country of origin as long as the LGAP standards are met.

“As such, LGAP, if implemented, has the potential to do more for animal welfare on a global basis than any program currently in existence,” the letter said.

“The development of LGAP (or the program) remains an ongoing research project of the Australian livestock export industry and no decision regarding whether or not the program will be implemented has been made.”

Ms Penfold also flagged that exporters would have more to say on the live export export regulatory system in industry submissions to the Productivity Commission inquiry into the regulation of agriculture.