Sheep being loaded for live export from Western Australia.

LIVE sheep exports generate about $100 million a year for Australia’s producers, underpinned by about 30 percent of Western Australia’s flock turn-off going into the trade in the past five years, a recent analysis has found.

The economic value of the trade from employment and returns to exporters, producers, fodder manufacturers, carriers and veterinarians is outlined in a Mecardo report funded by Livecorp and Meat & Livestock Australia.

The recent analysis showed that nationally, almost half of all revenue generated by live exports is retained on farm, earning producers around $100 million per year on average.

The report has highlighted the heavy reliance of Western Australia on the trade, more than 82pc of the national trade volume exiting the port of Fremantle over the last five years. 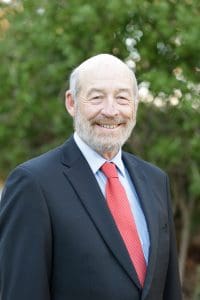 However, despite the economic value of the trade nationally and to Western Australia particularly, Livecorp chairman and WA sheep producer Terry Enright said the industry is not expecting any “trade-off” in terms of acceptance of its animal welfare record.

“There is absolutely no trade-off in our mind.

“What we want to say is that it’s a valuable trade and we’ve demonstrated that and that’s all the more reason to get the welfare aspects of it correct,” he said.

“Because it is a valuable trade, we should be continuing it, but we can only do that if we get everything else correct.”

He hoped that people would discuss the value of the industry on the basis of the facts generated by the analysis, but said the trade’s economic value and animal welfare record were linked.

“Obviously if you are going to have a trade then animal welfare is an absolute requirement and we work on that.

“In response to that a lot of people have been arguing that we should just shut it down and that would fix the welfare problem, but it is not that simple,” he said.

“What we are saying is that this is a valuable trade and we want to demonstrate that, but that doesn’t mean you ignore the animal welfare issue.”

Mr Enright said, as well as producers, there are many others in Western Australia who are also heavily reliant on the trade.

“Fodder manufacturers and sheep buyers, for instance, derive 75-100pc of their income from live exports, while it provides 25-50pc of the income earned by veterinarians in the supply chain,” he said.

“Nationally, the report shows direct employment of 1037 workers on-farm, and 3443 people across the supply chain.”

Mr Enright says while sheep numbers have dropped over recent years, it is still a vital market.

“The national sheep flock has fallen dramatically since the end of the wool reserve price scheme in the 1990s, and that’s reflected in live export numbers.

“However, it gives producers another buyer for surplus sheep, especially in WA. The port at Fremantle handles more than 80% of all live sheep leaving Australia – around 1.5 million a year.

“In times of drought that outlet is even more important, giving producers a way to reduce stocking numbers and protect their pastures by offloading wethers while still retaining the breeding ewes needed to rebuild their flocks when the time comes.”

The analysis found live exports are less important to other states, representing an average of 5pc of annual sheep and lamb turn off in South Australia, just 0.3pc for Victoria and 0.1pc for the remaining states over the past five years.

Once again, though, in periods of high turn-off the trade provides vital support to producers. During 2000 to 2010, the sheep flock in NSW declined by 44pc. The annual percentage of sales to live exports during this period was more than four and a half times higher than the average for 2014-18.

Mr Enright said live export was important for maintenance of the WA sheep flock because the flock’s structure had been geared toward supplying the trade for more than 50 years.

“Historically, live exporters have been able to or prepared to pay higher prices than domestic production, in most cases,” he said.

“So it has provided a very significant economic boost to the whole industry.

“If we move away from live export there would be a huge adjustment and I think this report demonstrates, that there is significant value there,” Mr Enright said.

“It’s not processing or live exports, one or the other, they are both important industries, but there is a demand.”

But he said the industry recognised it had to “get it right” in terms of animal welfare and public perceptions.

“The (three-month Middle East shipment) moratorium that the exporters voluntarily implemented this year was a very significant move, which wasn’t taken lightly.

“But we were disappointed that the regulator extended that by a month,” he said.

Mr Enright was concerned whether Middle East sheep importers would continue to seek supplies from Australia for nine months of the year once supply chains were established in other countries. The industry was committed to generate evidence through research such as vessel dehumidification to possibly viably ship sheep for 12 months of the year, including the northern summer months, he said.

“At the end of the day the welfare of the animals has to be guaranteed and unless we can do that we will not be shipping in the hotter months for the foreseeable future.”

The next stage in the three-stage industry analysis project — an economic analysis of the self-imposed three-month moratorium and regulatory changes introduced in 2019 – is expected in the next six weeks. This will be followed by an analysis of a range of farm level decision-making options (domestic fundamentals) influencing national sheep flock numbers, with a primary focus on Western Australia.

The report, Value analysis of the Australian live sheep export trade, is available on the LiveCorp website at www.livecorp.com.au