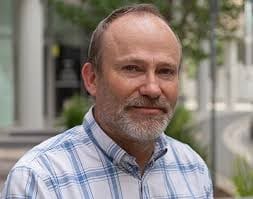 INSPECTOR-GENERAL of Live Animal Exports Ross Carter’s review of livestock monitoring and reporting during voyages is expected to be completed early next year.

Minister for Agriculture, Senator Bridget McKenzie, this week confirmed Mr Carter will continue as Inspector-General of Live Animal Exports for 12 months to promote continual improvements in the regulatory practice, performance and culture of the live export regulator.

“This is about building an effective regulatory culture that stands the test of time and assures the welfare of livestock across the export supply chain.

“It is another step in assuring the community, trading partners and industry that the regulatory system is functioning as intended by Government,” Ms McKenzie said.

Mr Carter took on the role of Interim Inspector-General in March this year pending the passage of the legislation establishing the position and the Inspector-General of Live Animal Exports Act 2019 commenced 3 October 2019.

The legislation established the Inspector-General as an independent statutory officer and provides wide-ranging powers to conduct independent reviews of the regulator.

His first review, on monitoring and reporting during livestock export voyages, is expected to be completed by early 2020.

Ms McKenzie said an external, independent Inspector-General of Live Animal Exports was a recommendation of the 2018 Moss Review.

“Australians and the industry must be confident in the independent live export regulator. The work of the Inspector-General will go towards achieving this.

“Mr Carter has more than 30 years of experience in the design and implementation of policy and regulation,” she said.

“As Inspector-General he provides a further layer of assurance over Australia’s livestock export system.”